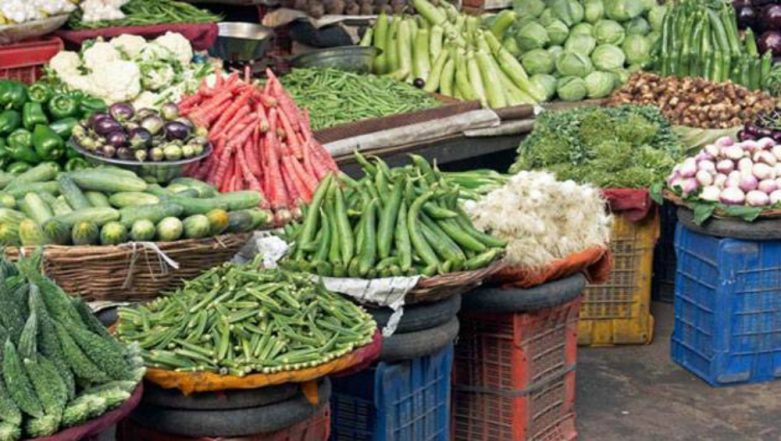 New Delhi, July 15: Wholesale price-based inflation declined for the second consecutive month to its 23-month low of 2.02 per cent in June, helped by decline in prices of vegetables as well as fuel and power items, according to official data released Monday. The Wholesale Price Index (WPI)-based inflation was at 2.45 per cent in May. It was 5.68 per cent in June 2018. WPI Inflation Eases to 2% in June 2019, Helped by Decline in Vegetable And Fuel Prices.

WPI inflation data for April has been revised upwards to 3.24 per cent from provisional 3.07 per cent. Data released earlier this week showed that retail inflation spiked to a six-month high of 3.18 pc in June, on costlier food items.

The Reserve Bank, which mainly factors in retail inflation for monetary policy decision, on June 6, lowered its benchmark lending rate to nearly a nine-year low of 5.75 per cent, even as it upped its inflation projection to 3-3.1 per cent for the first half of 2019-20. WPI Inflation Declines To 2.45% in May 2019, Touches 2-Year Low.