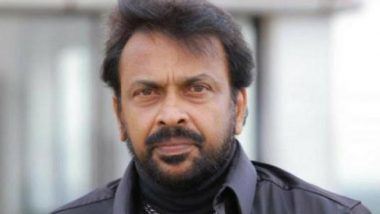 Popular Malayalam actor, Kollam Ajith has passed away on Thurday morning at 3:40am, as reported by Malayalam Manorama. The actor, who was 56, suffered stomach-related ailments and was undergoing treatment at a private hospital in Kochi. He is survived by his wife Prameela, daughter Gayathri and son Sreehari.

Actor Mohanlal was among the first few to pay homage to the actor. Sharing a picture of Kollam, the actor took to Twitter to pay his last respects.

He has acted in over 500 films and made his debut in 1983 in noted filmmaker Padmarajan’s film Parannu Parannu Parannu, he became a regular feature in many Malayalam films through the 1990s. Soon, he diversified to work in other industries as well including Tamil, Telugu and Hindi films.

(The above story first appeared on LatestLY on Apr 05, 2018 11:30 AM IST. For more news and updates on politics, world, sports, entertainment and lifestyle, log on to our website latestly.com).