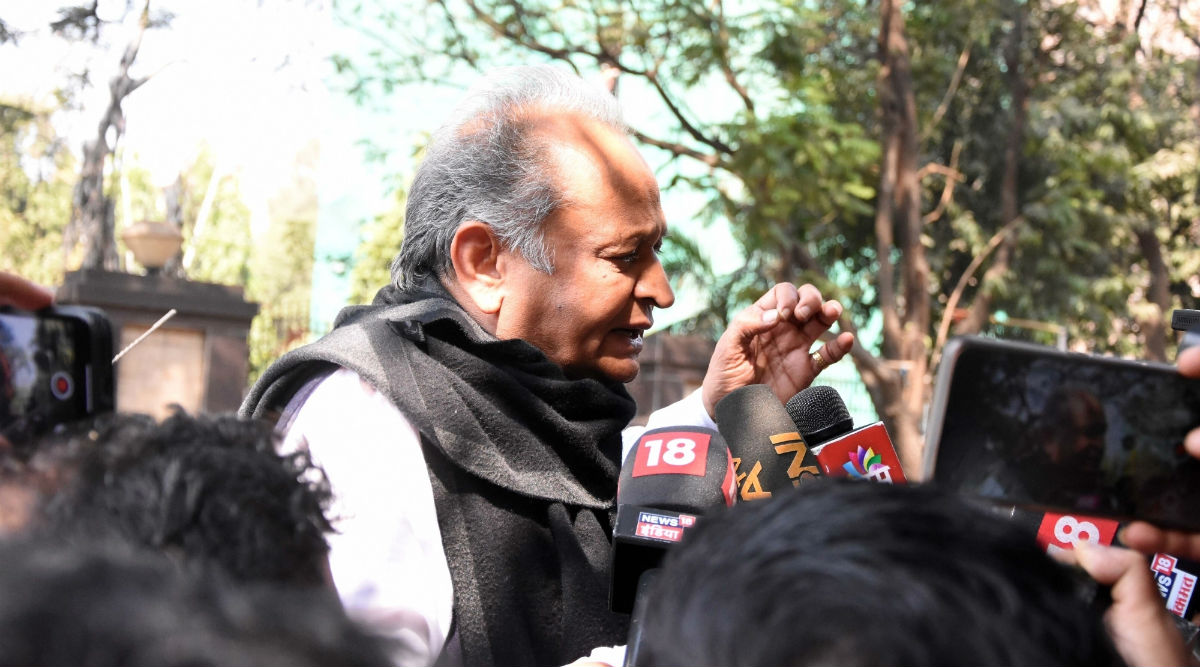 Jaipur, February 15: Rajasthan Chief Minister Ashok Gehlot on Friday made a surprise visit to a protest against the Citizenship Amendment Act or CAA in Jaipur where he assured protesters that if needed he would be the first to go to a detention centre. Urging the Modi government to consider withdrawal of the CAA to maintain peace and harmony, Ashok Gehlot said the Congress and the state government were with protesters. Anti-CAA Agitation: After West Bengal And Kerala, Rajasthan Government Refuses Updation of NRC-Linked NPR.

"If I am not able to furnish the details, I too would be asked to live in a detention centre. I am not aware of the birthplace of my parents. You stay assured, if such a situation comes then I would be the first to go there," Gehlot said at the anti-CAA-NRC-NPR protest site that's being billed as Rajasthan's "Shaheen Bagh". He asked the Centre to roll back the CAA, adding that the BJP government in Assam has refused to implement the NRC. Why Citizenship Amendment Act+NRC Raise Fear And Concerns: A Multi-Dimensional Take.

"The NDA government should reconsider the CAA, which is against the spirit of the Constitution, and should come forward to withdraw it so that peace and harmony can be maintained," Gehlot said. "It is the right of a government to make a law but a government should rule as per the sentiments of the people. Like Delhi's Shaheen Bagh, protests are being held at many places across the country, including Rajasthan. The government should understand public sentiments," he added.

Last month, Rajasthan assembly passed a resolution, urging the Centre to repeal the CAA. The House also asked the Centre to withdraw the new fields of information which have been sought for updating the National Population Register (NPR) 2020. Apart from Rajasthan, states including Kerala, West Bengal, Punjab, Rajasthan and Madhya Pradesh have passed a similar resolution against the CAA. Puducherry is the only Union Territory that has passed anti-CAA resolution.