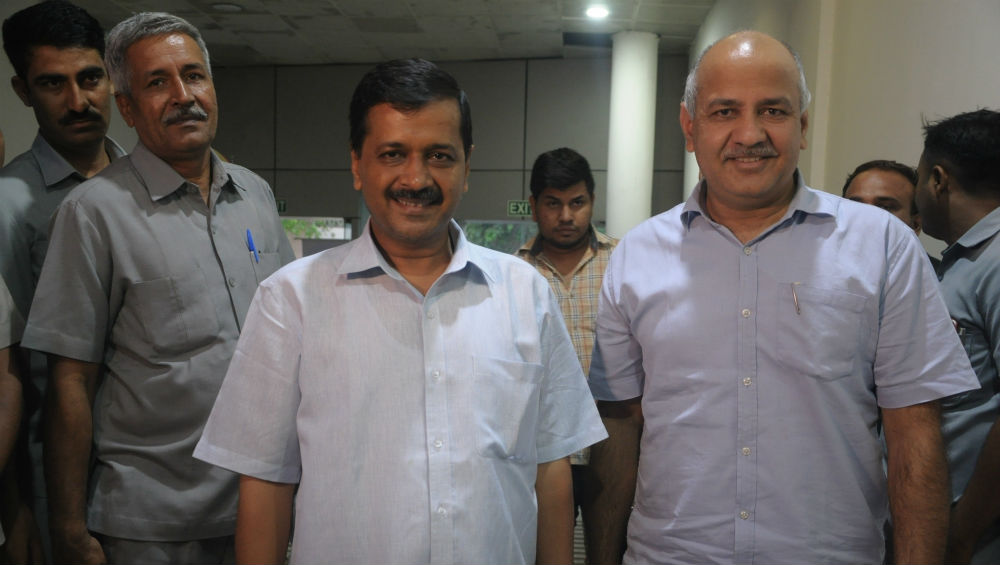 New Delhi, February 22: Delhi Chief Minister Arvind Kejriwal and Deputy Chief Minister Manish Sisodia will not be part of the school event on Tuesday which the US First Lady Melania Trump is scheduled to attend in Delhi. Melania is set to visit a Delhi government school on Tuesday to see the 'happiness curriculum' that has been introduced by the Aam Aadmi Party (AAP) government in the national capital. The happiness curriculum aims to reduce stress among school children, which involves 40 minutes of meditation, relaxing and even outdoor activities.

Earlier there were reports that Melania will be received by Kejriwal. According to a tweet by ANI, sources of the Delhi government said the names of the Kejriwal and Sisodia were dropped from the school event. The sources further claimed that both the leaders were to attend the programme since the school comes under Delhi Govt. Narendra Modi Not to Accompany US President Donald Trump, Melania to Taj Mahal in Agra.

Delhi Govt Sources claim both were to attend the programme since the school comes under Delhi Govt pic.twitter.com/Vulos5SCeh

US President Donald Trump and First Lady Melania will be on a two-day visit to to India from February 24 to February 25. During their visit, the Trump couple will visit Ahmedabad in Gujarat, Agra in Uttar Pradesh and Delhi. Prime Minister Modi will welcome President Trump and the First Lady in Ahmedabad, where a public reception will be accorded on February 24.