Narendra Modi Not to Accompany US President Donald Trump, Melania to Taj Mahal in Agra, Centre Denies US Reports 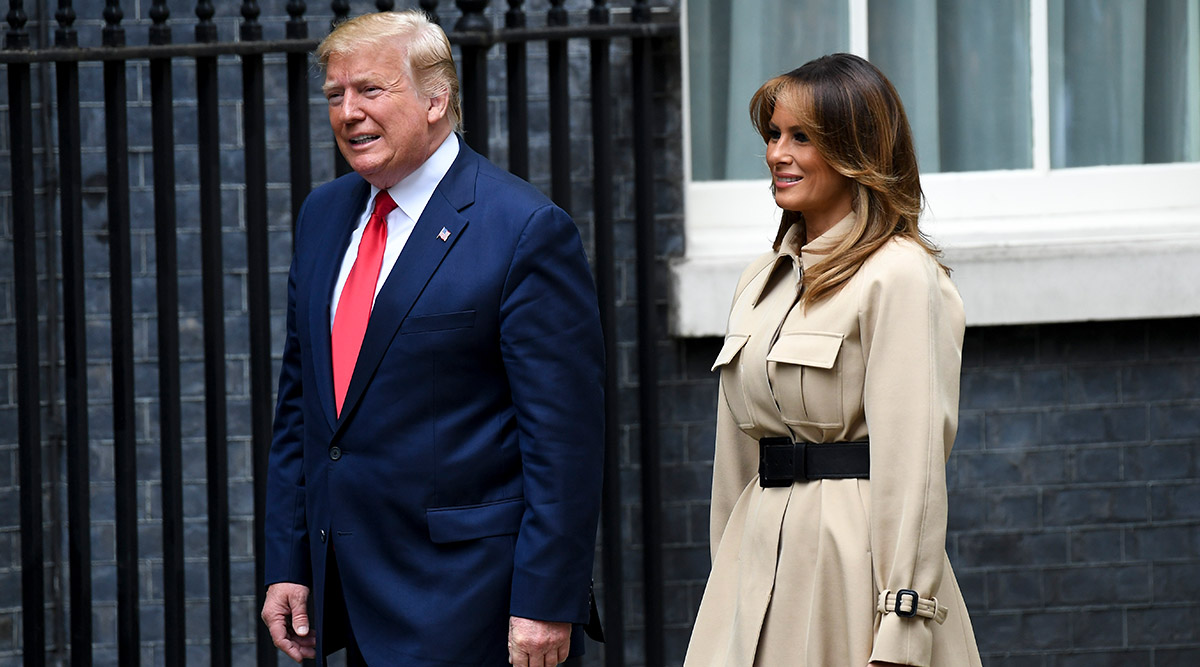 New Delhi, February 22: Prime Minister Narendra Modi will not accompany US President Donald Trump and First Lady Melania Trump during their visit to Agra. The Centre denied US reports that the Prime Minister was going to accompany the couple to India's iconic monument Taj Mahal in Agra. According to a latest tweet by ANI, sources said that there is no official engagements or presence of senior dignitaries from the Indian side in Agra.

"We have seen media reports regarding PM Modi's presence in Agra in connection with the visit of President Trump. The visit to Taj Mahal in Agra by the US President and the First Lady will afford them the opportunity to view the historical monument suitably and therefore, there will be no presence of senior dignitaries there", they said. Donald Trump India Visit: Walls Enroute Taj Mahal From Agra Airport Painted With Images and Slogans of US President, View Pics.

Sources: Therefore, no official engagements or presence of senior dignitaries from the Indian side is envisaged there(Agra). (2/2) https://t.co/zNqGCgmiWY

Earlier the White House had announced that the President and the First Lady will be accompanied by Prime Minister Modi to Agra. The sources stated that the visit to the iconic Taj Mahal, which is a symbol of love and romance, will afford the US President and the First Lady the opportunity to view the historical monument suitably. Donald Trump India Visit: Indigenous Anti-Drone System Deployed in Ahmedabad Ahead of US President, First lady Melania Trump's Arrival.

The Taj Mahal will remain shut for the general public from 12 noon on February 24 during US President Donald Trump's visit due to security reasons. Trump will be on a two-day state visit to India from February 24 at the invitation of Prime Minister Narendra Modi. He will arrive in Ahmedabad in Gujarat on Monday. PM Modi will welcome President Trump and the First Lady in Ahmedabad, where a public reception will be accorded on February 24.

Trump will deliver remarks at Sardar Patel Stadium with Modi. From Ahmedabad, the Trump couple will leave for Agra the same day.  Later in the day, they will fly to New Delhi and have a full programme on Tuesday. The Prime Minister will also host the couple in New Delhi, where official engagements are scheduled for February 25.