Three sisters have alleged that they were stripped and assaulted with lathis by the Assam police after their brother, a Muslim, "eloped" with a Hindu woman. 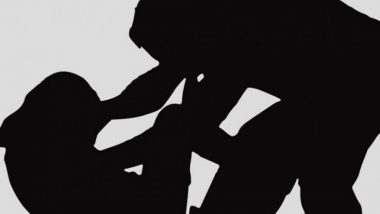 Guwahati, September 18: Three sisters have alleged that they were stripped and assaulted with lathis by the Assam police after their brother, a Muslim, "eloped" with a Hindu woman. The women were taken to a police outpost in Darrang district after the Hindu woman's family filed a complaint of kidnapping against their brother. Inside the outpost, the sisters, including the one who is pregnant, were stripped, kicked and beaten with lathis, according to the complaint filed by one of the victims. Will Inquire Cases Registered Against NRC Coordinator: Assam Police.

The complainant said that Sub-inspector Mahendra Sarma took her and her two sisters to the outpost on September 9. While the police claimed that they were detained for questioning because a case was registered against their brother for allegedly abducting a Hindu woman, the complainant said her brother and the woman were involved in "a full-fledged affair". The brother, who was in Shillong with the Hindu woman, has been arrested. Assam Police's Tweet on Seizing 600 Kgs of Marijuana Gets Twitterati High on Sarcasm, Check Funny Tweets.

"When we asked Sarma, why are you taking us, he pointed a pistol and said don’t ask too much. At the outpost, my husband was locked up and my sister was stripped and hit by a lathi first," the 28-year-old complainant told The Indian Express. "She has a problem in her left leg but they hit her on that leg as well. They hit her on the left leg. My elder sister was also assaulted. We told him she was pregnant, OC (Sarma) said, ‘don’t do acting’. After assaulting both of them, he targeted me and hit me," she added.

The victim also wrote a detailed account of the incident in a complaint to police saying Sarma and woman constable Binita Boro "stripped us naked, assaulted us and touched our private parts". Acting on the complaint, the police suspended Sarma and Baro and criminal cases were registered against them. Assam DGP Kuladhar Saikia also ordered an inquiry into the allegations.

(The above story first appeared on LatestLY on Sep 18, 2019 10:08 AM IST. For more news and updates on politics, world, sports, entertainment and lifestyle, log on to our website latestly.com).