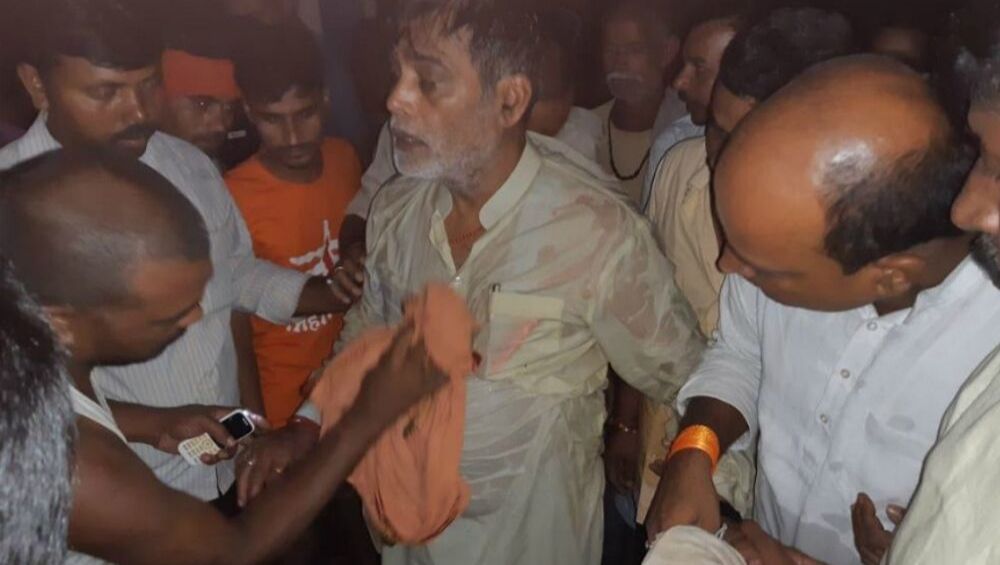 The boat was made out of bamboo shoots, inflated tyre-tubes and it overturned as he was about to cross the river along with his supporters. According to agency reports, the MP was returning from a village in the Dhanarua block of rural Patna when the incident took place. Post rescuing the MP, the locals fanned him with their ''gamchas'' (towel) to give him some respite.

#WATCH Bihar: BJP MP Ram Kripal Yadav falls into the water after the makeshift boat he was in, capsized in Masaurhi, Patna district, during his visit to the flood affected areas yesterday. He was later rescued by the locals. (02.10.2019) pic.twitter.com/iwI4OdNGiH

The torrential rains have affected people in Bihar with 55 lives lost in the last few days.  Patna city recorded 342.5 mm rainfall between September 27 and September 29. The state government has further informed that to provide relief to people, several camps and community kitchens are operating.

The Bihar government recently sought help from the Indian Air Force (IAF) and asked for two helicopters for lifting and airdropping food packets and medicines in flood-affected areas.