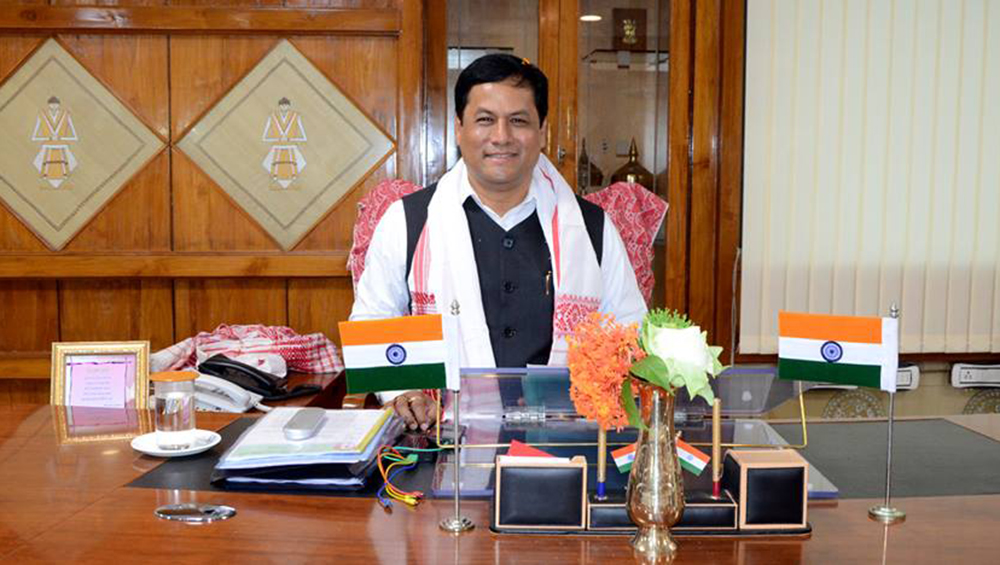 Guwahati, September 12: In the wake of the unrest in Assam due to protests against the Citizenship Amendment Bill 2019, Chief Minister Sarbananda Sonowal on Thursday warned the protesters against rumours and requested people not to fall prey to misinformation. According to a tweet by ANI, Sonowal said a section of people is trying to worsen the situation by spreading misinformation. The Chief Minister said several groups are misleading people by saying that 10-15 million people are going to take citizenship in Assam. Guwahati: Army Conducts Flag March to Quell Anti-CAB Protests, Indefinite Curfew Continues, Mobile Internet Remains Snapped.

Assam came to a grinding halt due to a day-long strike called by nearly 20 organisations against the legislation. Normal life was paralysed across the state during the shutdown that was led by the All Assam Students' Union and the North East Students' Organisation (NESO). In the wake of the turmoil in the state,  Sonowal appealed to all sections of people of Assam to maintain peace and tranquility. Guwahati Police Commissioner Deepak Kumar Shunted Out Amid Ongoing Anti-CAB Protests in Assam.

Assam CM Sarbananada Sonowal: I sincerely appeal to all sections of people of Assam to maintain peace & tranquility. It's our cultural, social&spiritual tradition. I've firm belief that people of Assam, as usual, will maintain peace for all time to come. #CitizenshipAmendmentBill https://t.co/W8X7TFxnXN pic.twitter.com/5Ly8HXeiI9

While speaking to media, Sonowal said that the Centre is committed to implement the Clause 6 of Assam Accord in letter, ensuring to safeguard the rights of people of Assam. "It's our cultural, social and spiritual tradition. I've firm belief that people of Assam, as usual, will maintain peace for all time to come", Sonowal said.

"I assure that PM Modi & Home Minister Amit Shah have very categorically stated the centre is committed to implement the Clause 6 of Assam Accord in letter & spirit to ensure the constitutional safeguard to the people of Assam politically, culturally", Sonowal said.