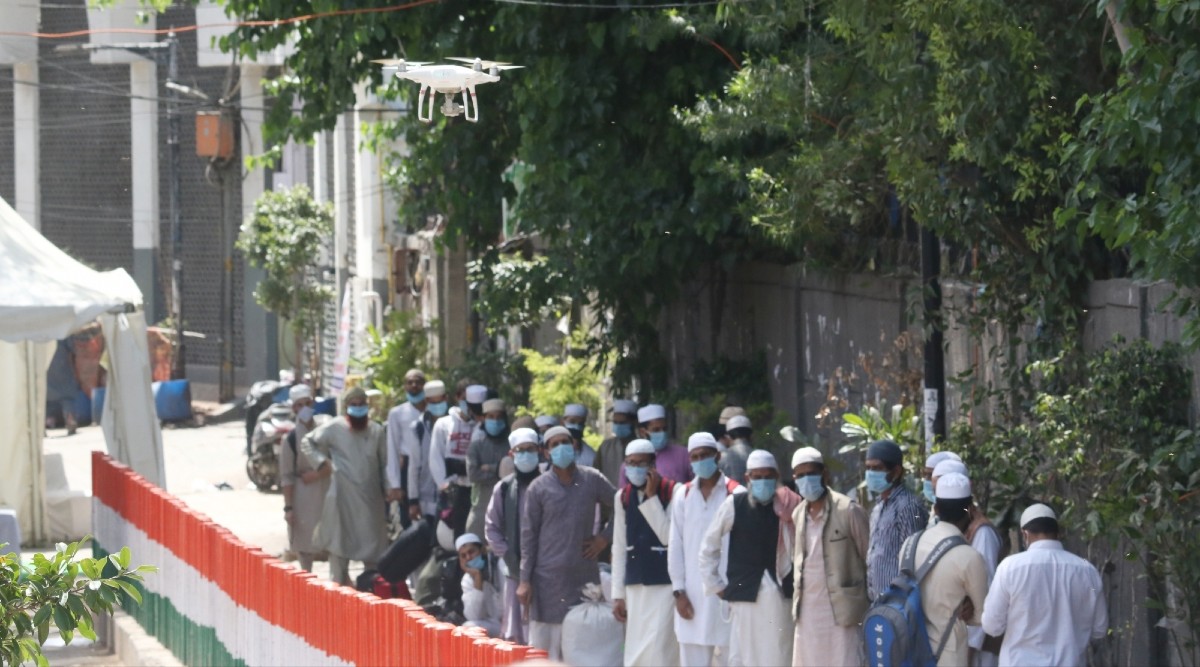 New Delhi, April 2: The Ministry of Home Affairs (MHA) on Thursday blacklisted 960 foreigners for attending Tablighi Jamaat event in Nizamuddin last month. The ministry also directed the Delhi police and DGPs of other states to take necessary legal action against the foreign nationals.  The ministry asked police of the concerned states to take action under the provisions of the Foreigners Act, 1946 and the Disaster Management Act, 2005. What is Tablighi Jamaat? Know Key Facts About Islamic Group at Centre of Nizamuddin Markaz Fiasco Amid Coronavirus Lockdown.

The Home Ministry also cancelled their tourist visas after they were found involved in activities related to the Tablighi Jamaat. Several participants of the religious event held in the second week of March, 2020, at Nizamuddin Markaz in Delhi's Banglewali Masjid were tested positive for COVID-19. Following which panic gripped in the area. Tablighi Jamaat Didn't Defy Any Order, Say Lawyers of Maulana Saad Kandhlawi.

In the case of Tablighi Jamaat,Nizamuddin, 960 foreigners have been blacklisted and their tourist visas cancelled after they were found involved in activities related to Tablighi Jamat: Office of the Home Minister https://t.co/Nq2JRCJBli

Authorities of several states have started tracing people who had attended the religious congregation. According to reports, over 2,000 people attended the event between March 13 and March 15. Delhi Police also filed an FIR against Nizamuddin Markaz Maulana Saad Kandalwi.

The Maulana has been accused of organising a Tablighi Jamaat congregation in the area flouting the social distancing norms. As per sources, when the 21-day nationwide lockdown was announced, there were thousands of persons present inside the Tablighi Jamaat's international headquarters in southwest Delhi.  275 Foreign Nationals Who Attended the Tablighi Jamaat Identified and Quarantined in Delhi.

Earlier in the day, the Home Ministry informed that a total of 9,000 Tablighi Jamaat workers have been identified so far and wholesome efforts are being made to hunt their contacts as the group has emerged as a major source of COVID-19 infection across the country. The government have evacuated 2,346 workers from Tablighi Jamaat's six-storey mosque complex called Markaz in Nizamuddin since March 29. Out of these 2,346 people, 250 were foreigners.