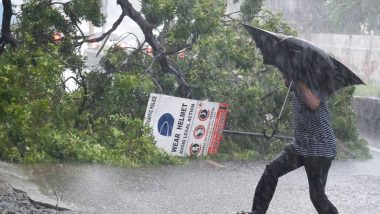 Prime Minister Narendra Modi yesterday spoke to the Chief Ministers of Tamil Nadu and Puducherry and assured support from the Centre. "Spoke to Tamil Nadu CM Shri @EPSTamilNadu and Puducherry CM Shri @VNarayanasami regarding the situation in the wake of Cyclone Nivar. Assured all possible support from the Centre. I pray for the safety and well-being of those living in the affected areas," PM Modi had informed on Twitter.

(The above story first appeared on LatestLY on Nov 25, 2020 04:46 PM IST. For more news and updates on politics, world, sports, entertainment and lifestyle, log on to our website latestly.com).