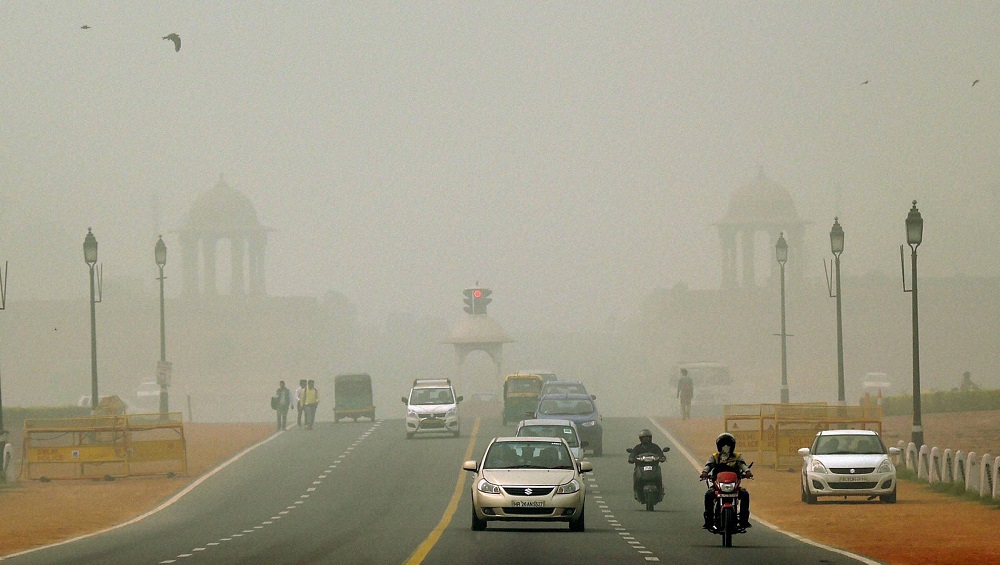 New Delhi, December 31: There seems to be no respite for people living in the city as the air continues to remain toxic. According to the Delhi Pollution Control Committee (DPCC) data, the Air Quality Index (AQI) was at 431 in the 'severe' category in Anand Vihar and was at 372 in 'very poor' category in RK Puram.

A thick layer of fog has enveloped the city, increasing the humidity levels and slow winds together have pushed Delhi’s air quality into the concerning zone over the last few days. The temperature in Delhi touched a low of 2.5-degree celsius on Monday. Delhi Air Pollution: AQI Remains 'Severe' As Temperature Falls to a Record Low of 2.5 Degree Celsius.

Delhi: Air Quality Index (AQI) at 431 in 'severe' category in Anand Vihar and at 372 in 'very poor' category in RK Puram, according to Delhi Pollution Control Committee (DPCC) data pic.twitter.com/nGgkFfgbmu

In an advisory issued on Sunday, SAFAR asked people to avoid physical outdoor activities and morning walks. "Stop any physical activity if you feel unusual coughing, chest discomfort, breathing difficulty or fatigue," the statement said. It further advised people to close the window pan of their houses.