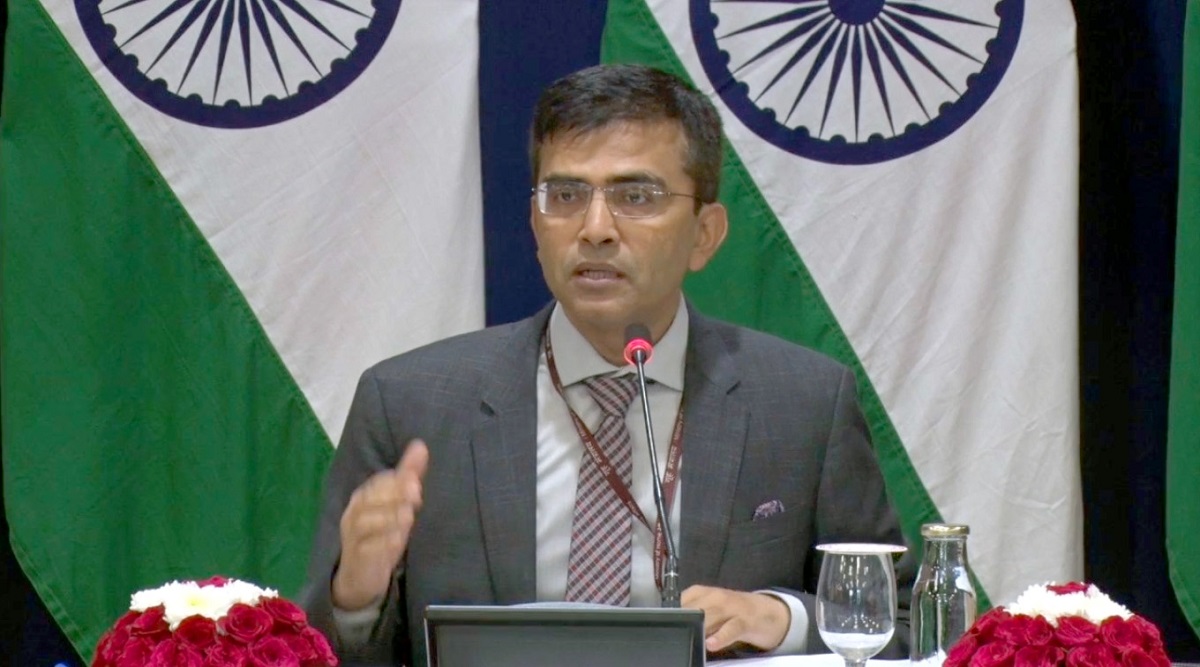 Delhi, February 27: India on Thursday, February 27, came down heavily on Organization of Islamic Cooperation for its statement on Delhi violence. The Ministry of External Affairs (MEA) spokesperson Raveesh Kumar said that the comments made by OIC are factually inaccurate and misleading. The MEA said that efforts are on to restore normalcy. India Hits Back at USCIRF for Its Statement Over Delhi Violence, MEA Urges Not to Spread Inaccurate and Misleading Information.

"OIC statement is factually inaccurate, selective and misleading. There is an effort on the ground to restore normalcy and create confidence. We urge these bodies not to issue irresponsible statements," Raveesh Kumar said. Delhi Violence: Death Toll Climbs to 34 After One Person Dies at Jag Parvesh Chander Hospital.

Raveesh Kumar, MEA on Organization of Islamic Cooperation' statement on #DelhiViolence: OIC statement is factually inaccurate, selective&misleading. There is an effort on ground to restore normalcy&create confidence. We urge these bodies not to issue irresponsible statements. pic.twitter.com/HhkoUHMEv2

In a statement, the OIC said it "condemns the recent and alarming violence against Muslims in India, resulting in the death and injury of innocent people and the arson and vandalism of mosques and Muslim-owned properties".

Calling the riots "heinous", the organization extended its sympathies to the families of the victims. The OIC asked the Modi government to bring the "instigators and perpetrators of anti-Muslim violence to justice and to ensure the safety and security of all its Muslim citizens and the protection of Islamic holy places across the country".

The riots in Delhi erupted after pro and anti-Citizenship Law protesters clashed on Sunday. Beside 34 deaths, over 250 people have been injured in the violence in the North East district. Meanwhile, Delhi Police have registered 18 FIRs and arrested 106 people.