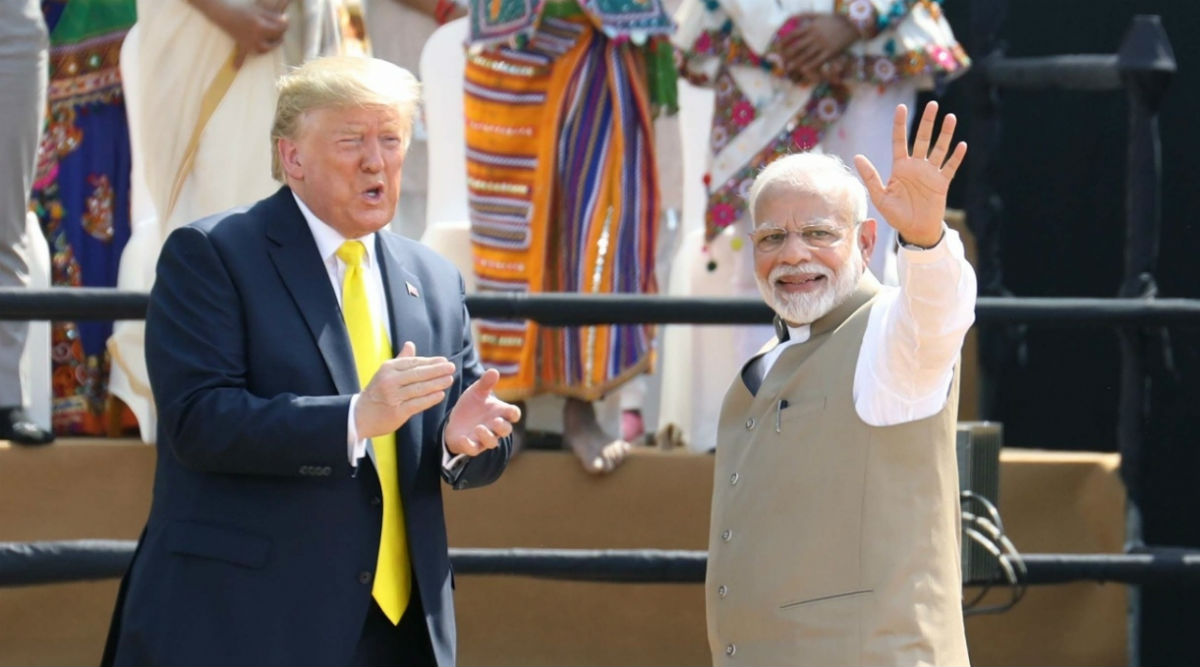 New Delhi, February 24: US President Donald Trump has a busy schedule on the second day of his first state visit to India. On Tuesday, Donald Trump will hold bilateral talks with Prime Minister Narendra Modi and meet Indian investors in the US manufacturing sector. President Trump will also have a meet-and-greet with the US embassy staff attend a state dinner at the Rashtrapati Bhavan before his departure from India.

As announced by President Trump during the 'Namaste Trump' event in Ahmedabad, India and the United States will sign two defence deals worth $3 billion. The defence deals pertain to the sale of 24 MH-60R helicopters for the Indian Navy and six AH-64E Apache helicopters. "I am pleased to announce that tomorrow, our representatives will sign deals to sell for over $3 billion the finest, state-of-the-art military helicopters and other equipment to the Indian armed forces," he has announced. Donald Trump, US First Lady Melania Trump Visit Taj Mahal in Agra; See Pics and Video.

Following the bilateral meeting, President Trump will meet CEOs of Indian companies investing in manufacturing in the US.  "He will participate in business events with Indian investors with a special focus on companies that are investing in manufacturing in the US," a senior US administration official told news agency IANS. At last, President Trump will meet his Indian counterpart Kovind and attend the state dinner, which is usually held with a lot of ceremonies.