Uttarakhand tourism minister Satpal Maharaj expressed concern over an atomic device that had gone missing over 50 years ago during the failed 1965 Nanda Devi expedition in 1965. 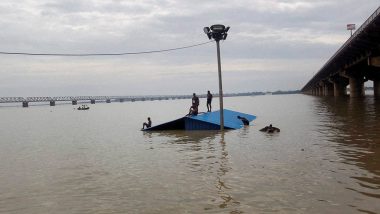 Dehradun, August 7: Uttarakhand tourism minister Satpal Maharaj expressed concern over an atomic device that had gone missing over 50 years ago during the failed 1965 Nanda Devi expedition in 1965. According to a report published in The Times of India, in the recent meeting Maharaja communicated to Prime Minister Narendra Modi that the atomic device that was gone missing might be polluting the water of Ganga River.

In October 1965, America’s Central Intelligence Agency and India’s Intelligence Bureau carried out a covert mission to install a nuclear-powered spying device on the summit of Nanda Devi peak to keep and China’s movements. But due to blizzard, the team left behind the nuclear-fuelled generator and plutonium capsules.

However, A few months later when they returned, everything was gone. As plutonium capsules can remain active for over hundred years, there is a possibility that radiation from the nuclear substance could be polluting the snow that trickles down from the Nanda Devi range into the Ganga. ‘I requested the PM to have the matter studied on a priority basis and take action,” reported TOI quoting Maharaj as saying. During a press conference in Dehradun, Maharaj said that in the past too he had raised the issued, but no action was taken regarding this.

On July 27, the National Green Tribunal (NGT) expressed concern at the level of pollution in the Ganga, between Haridwar and Unnao in Uttar Pradesh. The NGT claimed that the water is unfit for drinking and bathing. A Bench, headed by NGT Chairperson Adarsh Kumar Goel, also directed the National Mission for Clean Ganga (NMCG) for installing display boards at a gap of 100 kilometres to indicate whether the water is fit for drinking and bathing.

(The above story first appeared on LatestLY on Aug 07, 2018 02:01 PM IST. For more news and updates on politics, world, sports, entertainment and lifestyle, log on to our website latestly.com).