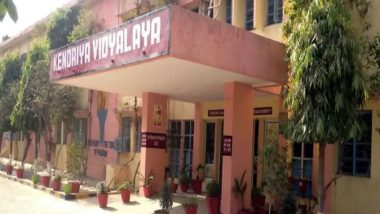 Ahmedabad, April 27: In a shocking incident, a school student of Kendriya Vidyalaya in Vastrapur was allegedly forced to drink urine by a few students of Class 9. Police officials said that the incident took place on Saturday evening during a farewell party of the Class 12 students.

According to a report in the Times of India, the parents of the Class 9 student have filed a complaint with the police after they did not receive a satisfactory answer from the school authorities.

Police inspector SG Khambhla of Vastrapur police station said that the Class 12 students also poured lime and buttermilk on the victim. In the complaint, the parents stated that their son went into severe depression after the incident took place.

"We have started inquiry into the case. This is a sensitive case where the accused are also minor. So, we have to take each step cautiously," said Khambhla. Refuting the allegations, school principal Jenny James said that no such incident took place. "No such incident has taken place," she claimed.

Upon being asked about a complaint filed against the Class 12 students, James said, "Any one can file any complaint. I do not want to give any hype to this incident. I will not say anything about this before the media."

(The above story first appeared on LatestLY on Apr 27, 2022 05:01 PM IST. For more news and updates on politics, world, sports, entertainment and lifestyle, log on to our website latestly.com).