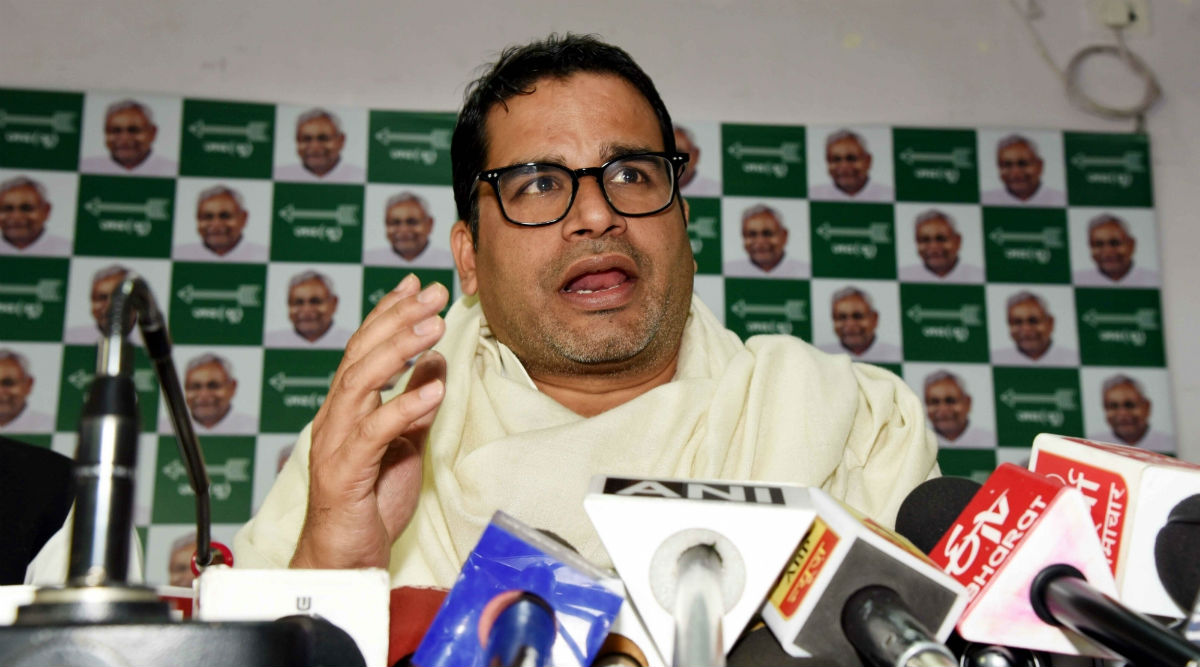 New Delhi, December 16: Janata Dal-United (JDU) vice-president and poll strategist Prashant Kishor on Monday supported the students of Jamia Milia Islamia (JMI) university who are protesting against the Citizenship Amendment Act (CAA) which makes it easier for non-Muslim migrants from three countries to get Indian citizenship. The new citizenship law has triggered country-wide protests on Sunday. Supreme Court Agrees to Hear Pleas on Violence Against Students at Jamia and AMU on Tuesday Only if ‘Rioting Stops’.

Taking a dig at Delhi police, Kishor said, "Look at the non-violence, bravery, and professionalism of Delhi Police against the "alleged" lawbreakers!" He also tagged a video of female students protest against police who entered varsity and clashed with students. Jamia University Standoff: 50 Students, Detained During Anti-CAA Protests, Released by Police, Delhi Metro Services Resume at All Stations.

Look at the non-violence, bravery, and professionalism of delhi police against the “alleged” law breakers!! https://t.co/6YeKMjqhva

In the clip, protestors can be heard saying "Go back, go back, Delhi Police go back". Cops then dragged a male protestor and thrashed him mercilessly. Many such incidents of lathi-charge have been reported from Jamia campus.

Kishor has been a critic of the new Citizenship Act and the NRC. In a tweet, he said that CAB and NRC is a "lethal combo in the hands of government to systematically discriminate and even prosecute people on religion".

Prashant Kishor, unhappy with the party for supporting the bill in parliament, had offered his resignation on Saturday. Bihar Chief Minister Nitish Kumar, however, turned down his resignation offer.