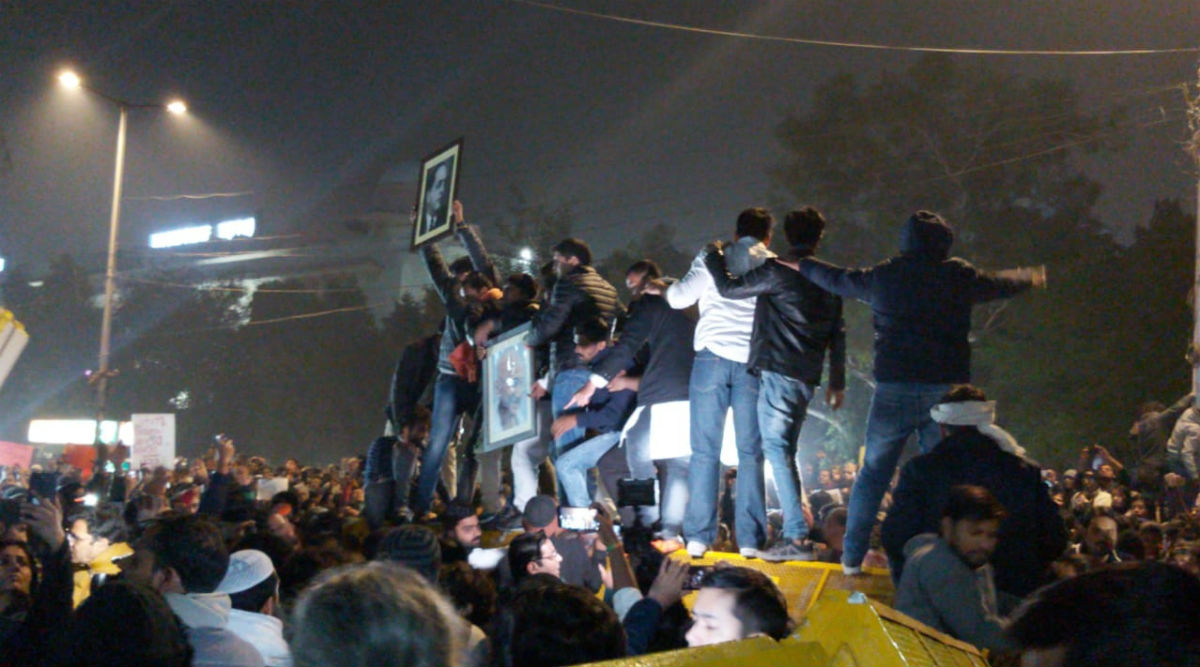 New Delhi, December 16: The Delhi police on Monday released as many as 50 students who were detained during protests at the Jamia Millia Islamia University on Sunday. Of the 50 students, 35 were released from the Kalkaji police station and 15 from the New Friends Colony police station, Delhi police RP MS Randhawa told reporters. Meanwhile, Delhi metro services also resumed at all stations a day after massive protests against the Citizenship Amendment Act in the national capital. Delhi Deputy CM Manish Sisodia Questions Delhi Police's Role in 'Setting DTC Bus on Fire' During Jamia Protests Against CAA, Demands Probe.

Four public buses and two police vehicles were burnt down allegedly by protesters during a demonstration by students of the Jamia Millia Islamia University against the amended Citizenship Act on Sunday. Following the arson on roads, police entered the varsity campus and allegedly assaulted students even to those who were not part of protests. Police used batons and teargas shells to disperse the crowd, but denied firing at them. Nearly 60 people including students, cops and firefighters were injured.

Following the detention of Jamia students, a massive crowd gathered outside the Delhi Police headquarters. Several politicians and social and human rights activists reached the spot giving strength to the agitation. Earlier on Sunday night, the Delhi Minority Commission (DMC) issued a direction to the SHO of Kalkaji Police Station to release the "injured" Jamia students held there or take them for treatment at a reputed hospital without any delay.

In the order, DMC Chairman Zafarul Islam Khan said failure to implement it will attract appropriate action. The commission also directed the officer to file a compliance report by 3 pm on Monday.