Laxman B Nimbargi, deputy commissioner of police (west) said, "Three male persons and three female persons are involved in this act. The deceased's identity is not known yet. We are trying to identify him." 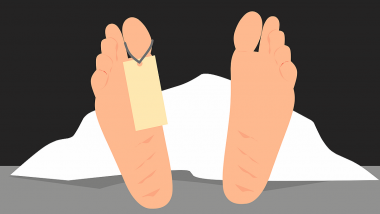 According to a report in the Times of India, the incident took place on Saturday midnight. The police is yet to identify the deceased and the gang of six members who killed him. Bengaluru Shocker: Class 10 Student Ends Life After Being Scolded by Teacher for Copying in Class Test; Suicide Note Says 'Mom, I Am Sorry'

Reportedly, the gang fled from the spot after killing the man. Police officials said that the gang allegedly attacked the man at around 12.30 am. The incident came to light after a man heard the deceased's person's scream and came out of his home. Cops said that the man saw three man and three women running away from the crime scene.

After seeing the victim, the man immediately informed the police, who rushed to the spot and sent the man's body to Victoria Hospital. Laxman B Nimbargi, deputy commissioner of police (west) said, "Three male persons and three female persons are involved in this act. The deceased's identity is not known yet. We are trying to identify him." Bengaluru Shocker: Woman Jumps to Death After Husband Sends Divorce Notice, Alleges Mental Abuse and Torture in 'Suicide Note'.

In a separate incident that took place in Telangana, a teenage girl was allegedly found dead at a village in Mahabubnagar district of Telangana. After the incident came to light, her family members and relatives alleged that she was raped and killed. A police official said that the girl's body was found lying on the floor when police reached the spot.

(The above story first appeared on LatestLY on Dec 04, 2022 03:18 PM IST. For more news and updates on politics, world, sports, entertainment and lifestyle, log on to our website latestly.com).