police recovered a suicide note from her room, In which she had mentioned the mental torture she had endured from Suhail, her husband, and his family. She had also mentioned a policeman in her note. 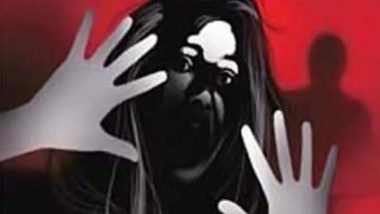 Kerala, November 24: In yet another incident of domestic violence a 21-year-old law student died by suicide on Monday in Kochi. She was found hanging from a ceiling fan in her home. Police recovered a suicide note from her room, In which she had mentioned the mental torture she had endured from Suhail, her husband, and his family. She had also mentioned a policeman in her note.

As per the report published by the Times of India, The victim was identified as Mofiya Parveen, a resident of Edayapuram. The victim had filed a complaint against her husband Suhail and parents-in-law at the Aluva police station, alleging domestic violence and mental torture, where SHO CL Sudheer verbally abused her in front of Suhail and her father. In her suicide note, She had alleged that she had undergone tremendous torture. " Pappa, sorry. Please forgive me. You were right. He is not a genuine person. I can't bear this pain anymore. Pappa my soul will be here. Action must be taken against the policeman. This is my final wish." She wrote.  Gujarat Shocker: 35-Year-Old Woman Alleges Rape By In-Laws, Assault By Husband In Ahmedabad.

As per the reports, Mofiya and Suhail met on social networking site and married in April this year. The victim's family alleged that Suhail had told them that he was working in the middle east and did not want dowry. However, two months later he started harassing her in the name of dowry. Police registered a case of abetment of suicide against Suhail and his family and the CL Sudheer was removed from the post of SHO of Aluva police station.

(The above story first appeared on LatestLY on Nov 24, 2021 01:32 PM IST. For more news and updates on politics, world, sports, entertainment and lifestyle, log on to our website latestly.com).