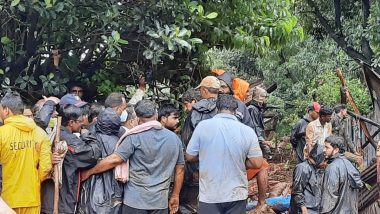 The three Services have joined hands with the civil administration and National as well as the State Disaster Management Authorities in relief and rescue operations in flood-affected areas of Maharashtra, Karnataka and Goa. Working in close coordination with the administrations of worst-hit Ratnagiri, Kolhapur and Sanglidistricts of Maharashtra, the Indian Army has deployed Task Forces, comprising Infantry, Engineers, Communication, Recovery and Medical teams in the affected areas.The teams conducted rescue and relief operations and saved precious lives in Chiplun, Shirol, Hatkangle, Palus and Miraj areas.

Around 400 personnel of National Disaster Response Force (NDRF) were airlifted by Indian Air Force aircraft from Bhubaneshwar, Kolkata and Vadodara to Pune, Kolhapur&Ratnagiri in Maharashtra and Goa along with 40 tons of rescue equipment.

The teams of the three Services are working round the clock to rescue the locals affected by floods, besides providing them with food, water, medical. More rescue teams and aircraft are on standby for deployment.

(The above story first appeared on LatestLY on Jul 25, 2021 12:26 PM IST. For more news and updates on politics, world, sports, entertainment and lifestyle, log on to our website latestly.com).