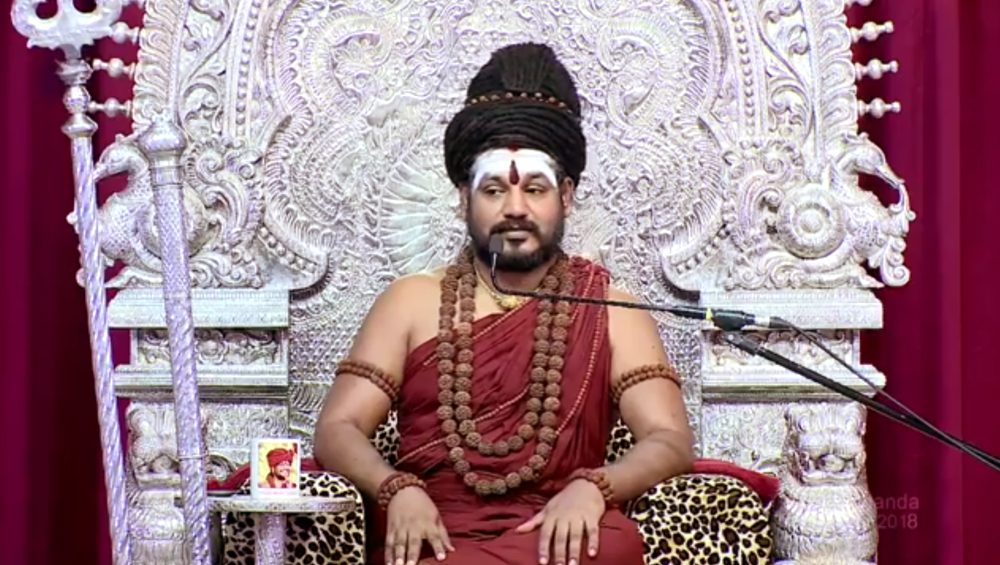 New Delhi, January 22: An Interpol blue corner notice was issued against rape-accused self-styled godman Swami Nithyananda on request of the Gujarat police on Wednesday. Nithyananda is wanted in cases of rape and illegal confinement in India. His whereabouts are unknown, with the Embassy of Ecuador recently clarifying that the spiritual preacher is not in their nation. Nithyananda Also Being Probed By French Government Over Alleged $400,000 Fraud.

Nithyananda, who was pressed with rape charges by Karnataka police in 2012 on complaint of his former disciple, was recently being chased by the Gujarat police on allegations of kidnapping levelled against his ashram officials. The tainted guru, amidst the serious allegations against him, issued a video from an undisclosed location in November, claiming that he would be forming his own country on an island of Ecuador.

The blue corner notice issued by Interpol seeks information on location and whereabouts of Nithyananda. If unheeded, the global body may issue a red-corner notice, which would seek the information on priority basis. The prosecution agencies in India are also examining the video released by Nithyananda's team from "anonymous locations" to trace the guru.

Nithyananda had reportedly escaped from India last year using the border route to Nepal. While he was assumed to be staying in Ecuador, the country issued a statement earlier this month via its Embassy claiming that the tainted godman has left their nation. The foreign office suggested that he may had fled to Haiti.