All primary 24 contacts and 240 secondary contacts have been traced and samples were taken by Urban Primary Health Centre officials. All have been tested negative. "We are keeping a watch on them till date," he underlined. 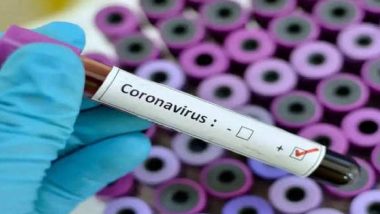 Bengaluru, December 2: Bruhat Bengaluru Mahanagara Palike (BBMP) Chief Commissioner Gaurav Gupta on Thursday said as many as five persons who were primary and secondary contacts of one of the infected persons with Omicron variant, have tested positive for Covid-19, and their samples have been sent for genomic sequencing for confirmation.

"The Omicron variant has been found in a person who doesn't have travel history. He was tested after fever, body ache symptoms developed in him. His samples were tested on November 22 and later, samples were sent for genomic sequencing on November 24. There is a possibility of the presence of Omicron virus in the society. People need to be careful and wear masks," he said.

Among the two infected individuals -- one is a 66-year-old person from South Africa. He came to Bengaluru airport on November 20 and tested positive for Covid-19. Later, BBMP sent his sample to genomic sequencing of which the result has come on Thursday, Gupta explained. He was isolated in a hotel. Omicron Variant in India: One Infected Patient Already Recovered, Another in Hotel Quarantine in Bengaluru, Says Karnataka Govt.

All primary 24 contacts and 240 secondary contacts have been traced and samples were taken by Urban Primary Health Centre officials. All have been tested negative. "We are keeping a watch on them till date," he underlined.

The infected person had taken a test in another lab and tested negative. Since he had pre-fixed the programme he was allowed to go to Dubai through Bengaluru airport, he explained.

The sample was collected from a 46-year-old person on November 22 and sent to the NCBS lab. His result has also shown that he is positive for Omicron virus. He was kept in home isolation first and later shifted to hospital, he said. ZyCoV-D, COVID-19 Vaccine Developed by Zydus Cadila, To Be Introduced in These Seven States Initially.

Genomic sequencing tests took 2 months to give results earlier. Now, results are available in 8 days. Series of meetings have already been held to discuss handling of the situation in the wake of the arrival of new variant, he said.

(The above story first appeared on LatestLY on Dec 02, 2021 07:48 PM IST. For more news and updates on politics, world, sports, entertainment and lifestyle, log on to our website latestly.com).