Around 800 remote full-time employees from the sales, coding, and math teams were unhappy with the decision and were unwilling to relocate to the office locations. More employees are expected to put down their papers in the coming months. 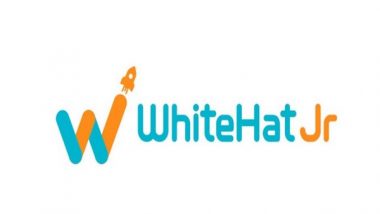 Mumbai, May 11: Inc24 reported that over 800 full-time employees of WhiteHat Jr resigned in the last 60 days as the company asked all its employees to resume work from office within a month's time. Reportedly, the ed-tech giant, in a company-wide mail sent on March 18, asked its remote employees to return to office by April 18.

As per the Inc24 report, around 800 remote full-time employees from the sales, coding, and math teams were unhappy with the decision and were unwilling to relocate to the office locations. More employees are expected to follow in the coming months, the media outlet anticipated. “The company was clearly running in losses. This was a cost-cutting exercise to reduce its expenses without ruining their name in the market,” reported media outlet quoting one of the employees who resigned. Giving just a month’s time to relocate is not enough, the person further added. Apple Employees Slam Company’s New Work-From-Home Policy in Open Letter: Report.

WhiteHat Jr, when asked to address the query, told the news outlet, “as part of our back-to-work drive, most of our Sales and Support employees have been asked to report to Gurgaon and Mumbai offices from April 18. We have made exceptions for medical and personal exigencies and have offered relocation assistance as required. Our teachers will continue to work from home.” Airbnb Allows Employees to Live and Work from Anywhere Around the World.

WhiteHat Jr was recently acquired by BYJU’S in a $300 million all-cash deal. An employee, citing the BYJU's deal, said "we knew something like this was going to happen after this deal. We all know what sort of an employer BYJU’S is.”

(The above story first appeared on LatestLY on May 11, 2022 09:12 PM IST. For more news and updates on politics, world, sports, entertainment and lifestyle, log on to our website latestly.com).