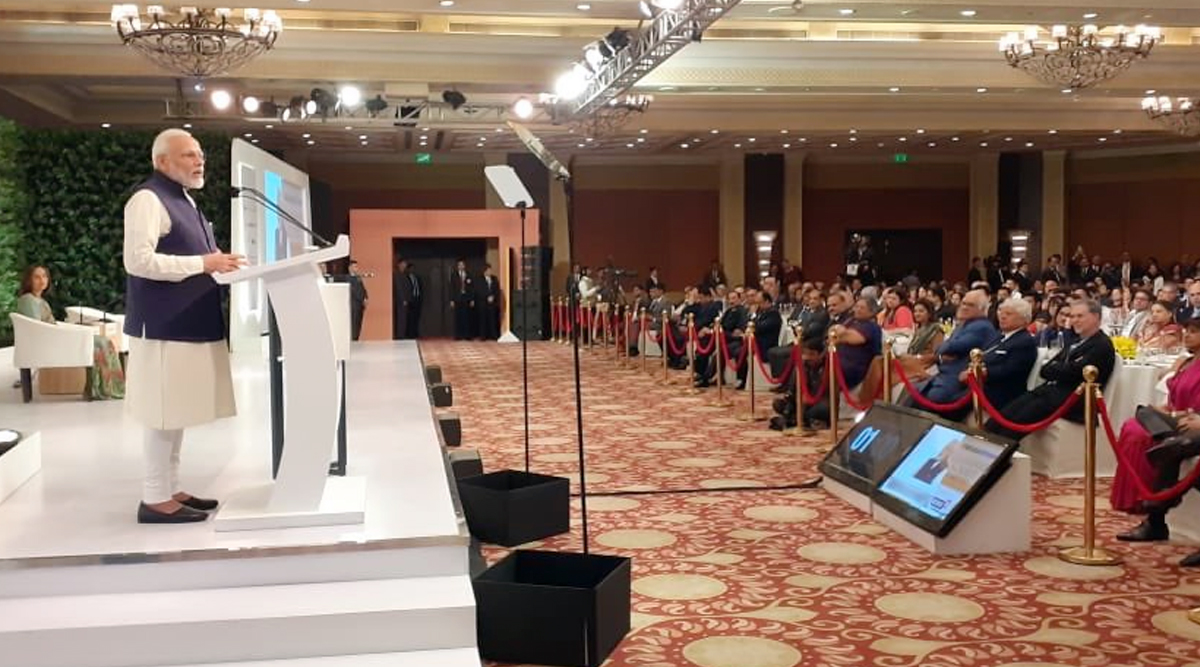 New Delhi, December 6: Prime Minister Narendra Modi, speaking at the Hindustan Times Leadership Summit 2019, spoke on variety of issues including the Ayodhya verdict by the Supreme Court and the abrogation of Article 370 in Jammu and Kashmir. PM Modi called the Supreme Court's landmark verdict as a chance for India to move away from the past and "have a better tomorrow." PM Modi hailed the nation and the people of the country for violence free reception of the Ramjanmabhoomi-Babri Masjid title dispute case judgment. Jammu and Kashmir Loses Privileges Under Article 370, Article 35A: What Does it Mean For Kashmiris and Other Indians?

Speaking on Modi 2.0, the Prime Minister said that the decisions taken in the six months of NDA government, have been taken to fulfil the promises made by the government. “India is working towards becoming a $5 trillion economy," said Prime Minister Narendra Modi, amid reports of economic slowdown and lower growth-rate projections. PM Modi also stressed on the importance of infrastructure projects and said that the government will launch projects worth Rs 100 lakh crores to boost the sector.