Uttar Pradesh Emerges As Top State in Digital Transactions, About 126 Percent More Online Transactions Took Place This Year Than in 2019 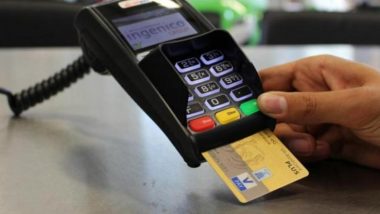 Lucknow, December 20: In a major push to Digital India campaign, Uttar Pradesh has ranked number one state in terms of digital transactions. The state has emerged as the top state online transactions as 126 percent more digital transactions have taken place this year as compared to last year. According to an official statement by the state government on Saturday, the govt claimed that Yogi Adityanath had instructed banks to promote digital transactions in the era of COVID-19 pandemic, which was also aimed in maintaining safety protocol of social distancing issued by the Union Health Ministry. Jewar Airport in Uttar Pradesh to Get Its Final Design, Logo and Name; CM Yogi Adityanath’s Dream Project Set to Become Reality.

According to data and statistics,  till September, Rs 1,76,46,000,00 worth of transactions have been done across Uttar Pradesh, which is Rs 98.53 crore, more than the total transactions done in the same period in 2019, official sources here said on Saturday. A government spokesperson said the focussed emphasis of the UP Chief Minister Yogi Adityanath on assimilation of technology with the economy helped people in the state to embrace digital transactions like nowhere else in India.

(The above story first appeared on LatestLY on Dec 20, 2020 01:54 PM IST. For more news and updates on politics, world, sports, entertainment and lifestyle, log on to our website latestly.com).