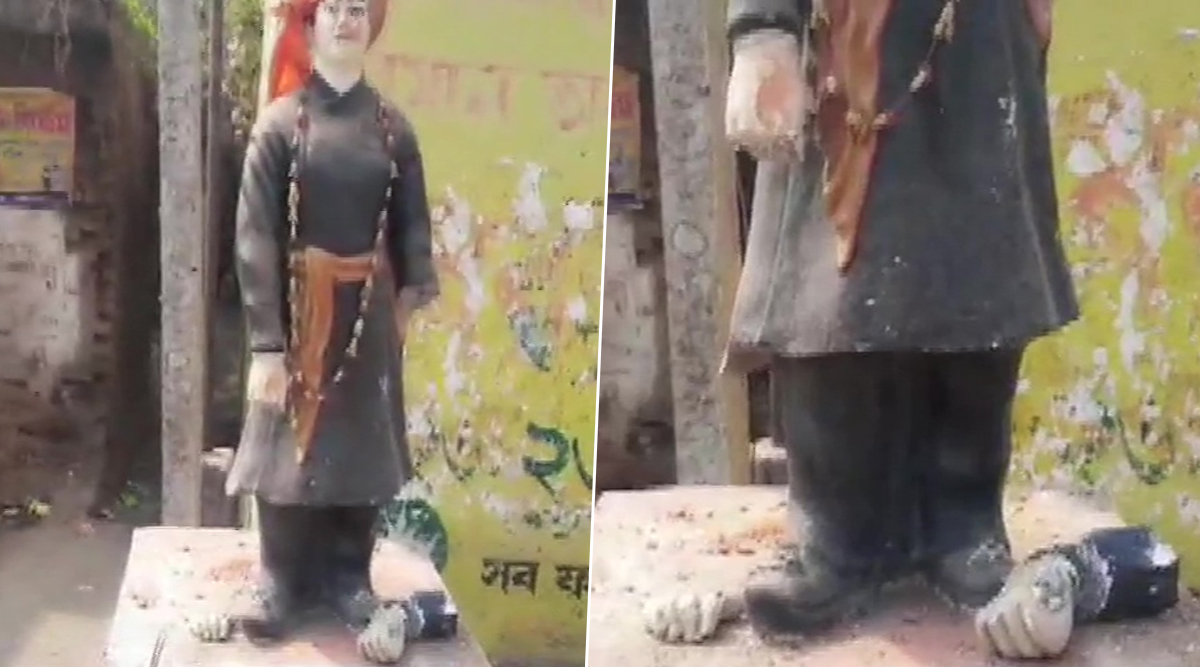 After being informed by locals, the Barancha police immediately reached the spot. The motive behind the vandalisation is not yet known. An investigation has been launched into the matter. Jharkhand: Mahatma Gandhi's Statue Vandalised in Hazaribagh, Police Begin Probe.

Last year, a yet-to-be unveiled statue of Swami Vivekananda was vandalised on the Jawaharlal Nehru University campus. Objectionable messages were also found written on the pedestal of the statue. The vandalisation took place at a time when students were protesting an increase in hostel fee.