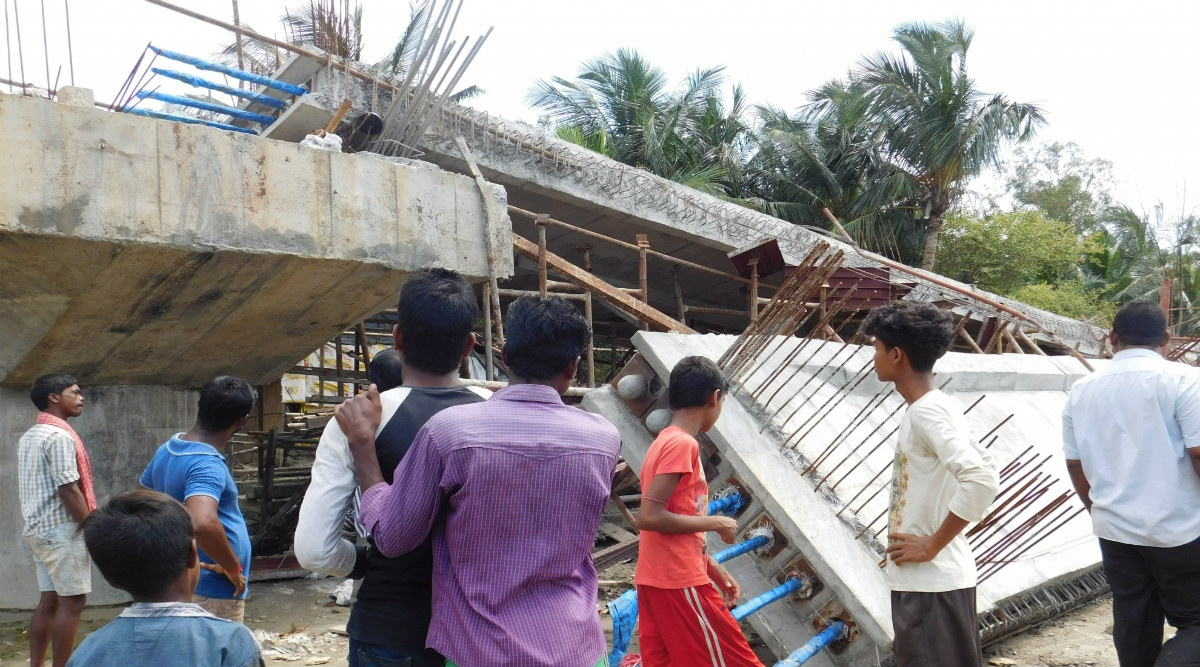 Kolkata, February 17: Three persons including an engineer were killed and three others injured when an under-construction bridge on Farakka barrage collapsed in Baishnabnagar of West Bengal's Malda district on Sunday night, officials said. However, Congress MLA Moinul Haq claimed four people had died.

Several labourers trapped beneath the rubble have been rescued after the bridge being constructed under the supervision of the National Highway Authority of India gave way. West Bengal: Under-Construction Bridge Collapses in Murshidabad, 2 Dead.

Police said the dead included a 36-year-old junior engineer Srinivas, and a worker Sachin Pratap beside another person. Three others were injured. The condition of two of them was grave.

Seven labourers were rescued after the girder being installed between pillar number one and two came down.

Haq claimed the girder slipped and fell when it was being set.

"As per my information, the girder slipped and fell when it was being installed. Six were rescued. Four of them died. They included one engineer. Two labourers have been admitted to MMCH. Search is on. One or two more labourers may still be trapped," he said.

Leader of Congress in Lok Sabha Adhir Ranjan Chowdhury demanded a probe into the incident and suitable compensation for the families of the dead.

"The bridge was being built to reduce the load on Farakka barrage. It was our long-standing demand. An inquiry should be held to find out the lapses committed by the construction company. I will meet union minister Nitin Gadkari," he said.

"There was an accident. People were trapped. We rescued them. The project manager told me 9-10 labourers were at work," said Sarkar.