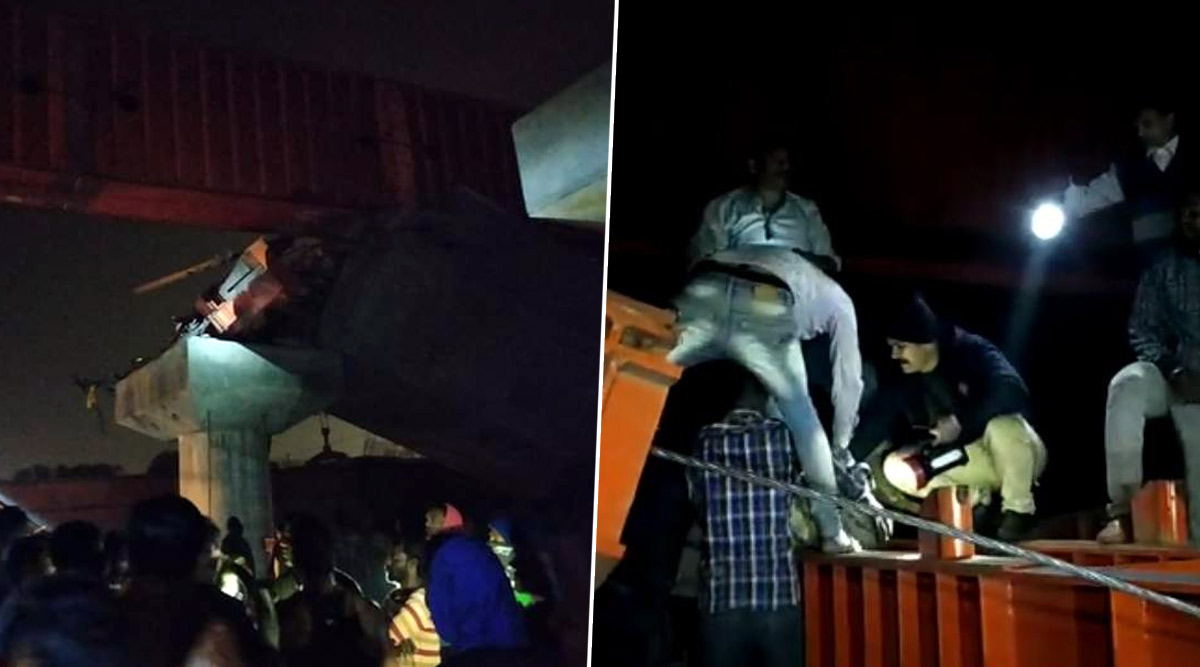 Murshidabad, February 16: In a tragic incident, two people lost their lives after a portion of an under-construction bridge collapsed in West Bengal’s Murshidabad district. Five people also sustained injuries in the incident. The injured were shifted to a nearby hospital. Bhopal Bridge Collapse: Six Injured After Foot-Over Bridge Collapses at Railway Station.

After getting the information, local authorities reached the spot. Rescue operations are currently underway to clear the debris of the collapsed bridge. According to reports, a case has been registered against the contractor. More details are still awaited.

West Bengal: Two dead and five injured after a portion of an under-construction bridge collapsed in Murshidabad. Injured have been admitted to a hospital. pic.twitter.com/dvDXg8ZJE6

Earlier this year, a portion of the Burdhwan Railway Station building was collapsed. At least five people were injured in the incident. Construction activity was underway at the site where the collapse took place.