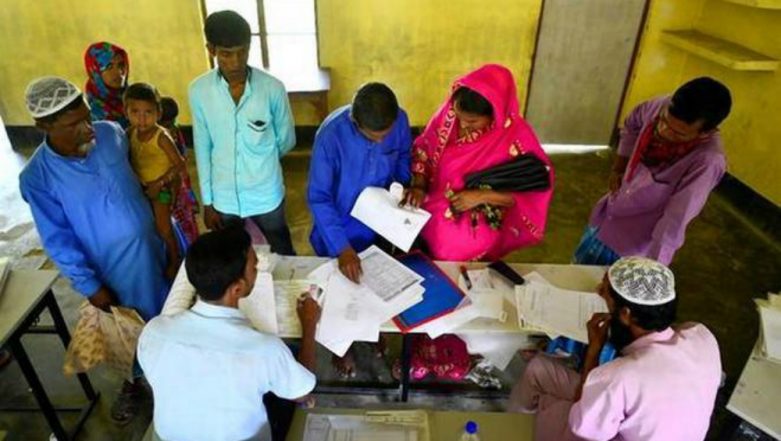 Kolkata, Aug 4: The verification of identities of the people, who have migrated from West Bengal to Assam, for the National Register of Citizens (NRC) may take another couple of months to be completed, a senior state government official said here. The process is a "long-drawn one" and reports on the NRC verification from officers concerned are being awaited, he said.

"There is not a single paper lying with us right now. All those which were not sent for updating the NRC are awaiting verification. It (verification) is a long process and we are working on it. It may take another couple of months to be completed," the official told PTI on condition of anonymity.

He said that there was pressure from the Assam government in returning the NRC verification documents expeditiously. West Bengal is the biggest defaulter in the NRC verification process, Registrar General and Census Commissioner of India Sailesh, who is overseeing the entire exercise of the NRC, had said last week.

According to the state government official, nearly 15,000 responses were sent to the Assam government out of the total about 1.14 lakh requests and "we are working on the rest".

The NRC verification is faster in areas like Kolkata but is "pretty slow" in the rural areas, he said. Stating that less manpower is a reason for the delay, he gave the example of cases which needed to be verified from the West Bengal Council of Higher Secondary Education. The official said that the home department was also helping those departments short of infrastructure in expediting the process of NRC verification.

"We had asked other departments to check the authenticity of the people concerned and the rest of the verification was done by our officers. So we did everything to speed up the process," the official said. In the districts, a verification request was needed to be referred to the district magistrate who would then send the file to the SDO. "The file will move from the SDO to the BDO who will refer it to the gram panchayat for verification. The file will be returned through the same channel. So the verification is taking a long time in the rural areas," he said.

Sailesh had said that the he had made an exception by deputing his own staff to assist the state government. "But West Bengal was the only state where all required documents for the draft NRC was not received," Sailesh had said.

Out of about 1.14 lakh cases sent to Bengal government, only 7,438 responses have been received, Sailesh had said. The final draft NRC was published on July 30 and it had excluded more than 40 lakh residents. Most of the names were excluded due to lack of proper documents proving Indian citizenship, Assam officials had said.

Dubbing the process of identification for the Assam NRC as a ploy of the BJP-ruled central government to do vote bank politics, West Bengal Chief Minister and Trinamool Congress supremo Mamata Banerjee has been protesting against the exclusion of over 40 lakh people from the NRC.

She had sent an eight-member TMC team, comprising six MPs, one MLA and West Bengal minister Firad Hakim to Assam to take stock of the situation on August 2. The team of TMC leaders was detained at the Silchar airport by state police. They later returned from Assam.