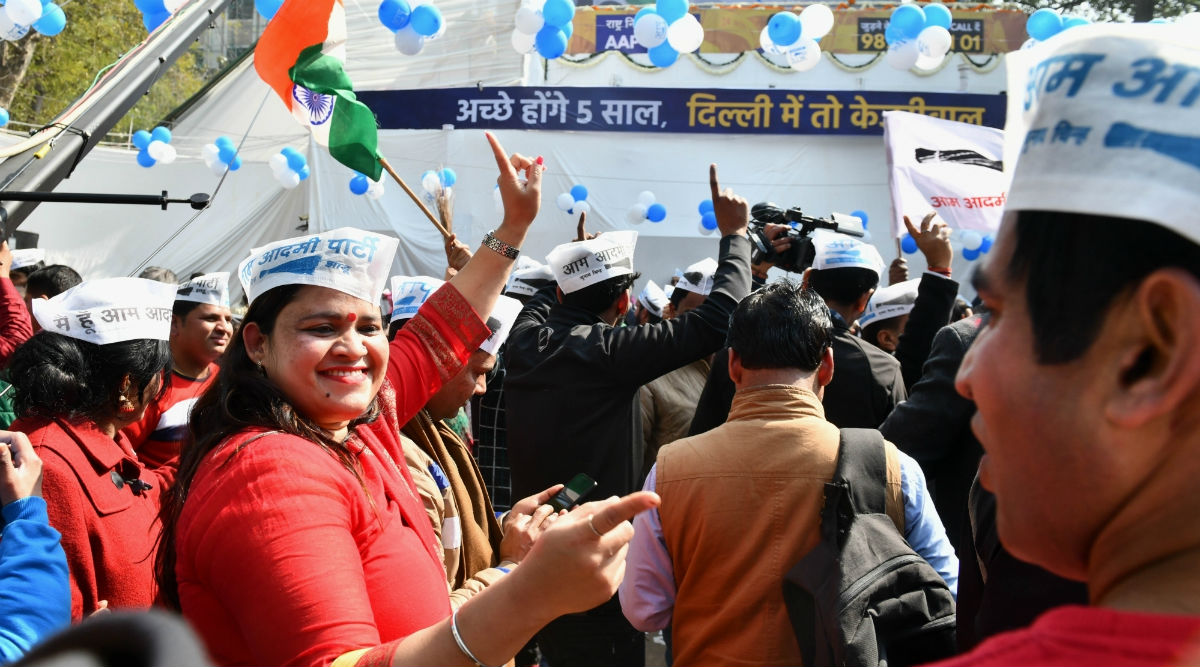 New Delhi, February 13: The Aam Aadmi Party (AAP) on Thursday took to micro-blogging site Twitter and said that over than one million people had  joined AAP since its victory in recently concluded Delhi Assembly elections 2020. "More than 1 million people have joined AAP within 24 hours of our massive victory. To join AAP, give a missed a call on: 9871010101", the tweet read.

In another tweet, AAP stated that nearly 11 lakh people from all over the country had joined the Aam Aadmi Party within just 24 hours of the victory. The party said these people joined the party's Rashtra Nirman (nation-building) campaign by giving a missed call number -- 9871010101. AAP won with an overwhelming majority and bagged 62 out of 70 seats which went to polls on February 8, close to its 2015 tally of 67.

More than 1 million people have joined AAP within 24 hours of our massive victory.

To join AAP, give a missed a call on :

The number was released on Tuesday, which was the day of counting of votes for Delhi Assembly elections.  The Bharatiya Janata Party was the key opposition of the Aam Aadmi Party. The AAP won a historic 62 seats in the results of the election on Tuesday. Whereas, the BJP has got just eight seats. This number was distributed to people across the country through various media. Arvind Kejriwal-led AAP To Contest Bihar Assembly Elections 2020 After Landslide Victory in Delhi Polls.