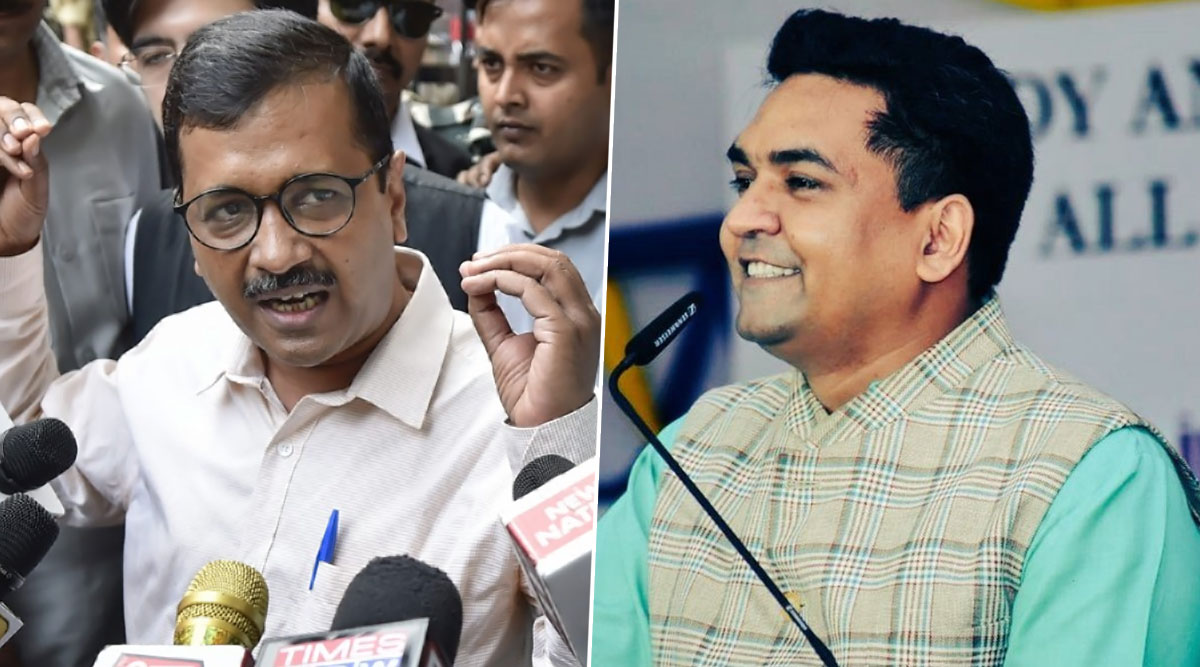 New Delhi, January 22: The Aam Aadmi Party (AAP) on Wednesday wrote to Delhi Chief Election Officer and alleged that the acceptance of nomination forms of BJP candidate Kapil Sharma from Model Town constituency was "wrongful". AAP also requested the Election Commission (EC) to cancel the candidature of Kapil Mishra. AAP alleged that there were discrepancies in the nomination filed by BJP candidate Kapil Mishra but that his papers were accepted. BJP Leader Kapil Mishra Targets Muslim Community With Communal Post on Diwali, Faces Cyber Complaint.

AAP has sought the cancellation of Kapil Mishra's candidature on the grounds of non-clearance of dues by Mishra, as alleged by the party. The Aam Aadmi Party, in the letter to the Chief Election Officer, alleged that Kapil Mishra intentionally left the space for furnishing details regarding "no-dues" blank.

Read the Full AAP Letter Below

Mishra, who was previously with AAP, quit the party after his differences with AAP Convener Arvind Kejriwal. He turned one of the staunchest critics of the Delhi chief minister and joined the Bharatiya Janata Party in 2019. The BJP nominated Kapil Mishra from Model Town constituency for Delhi Assembly Elections 2020. Kapil Mishra, Former AAP Minister, Joins BJP.

The controversial leader is often in news. Recently, he courted controversy for objectionable slogans raised during a rally in support of CAA. Kapil Mishra was recently accused of raising provocative slogans during the rally and said that he stands by the slogan raised during the rally as "it didn't kill people." Mishra had reportedly led a rally in support of the CAA in Delhi, where the slogan "Desh ke gaddaron ko goli maaro saalon ko" (shoot the traitors of the country) reverberated by the participants in the rally including Kapil Mishra.