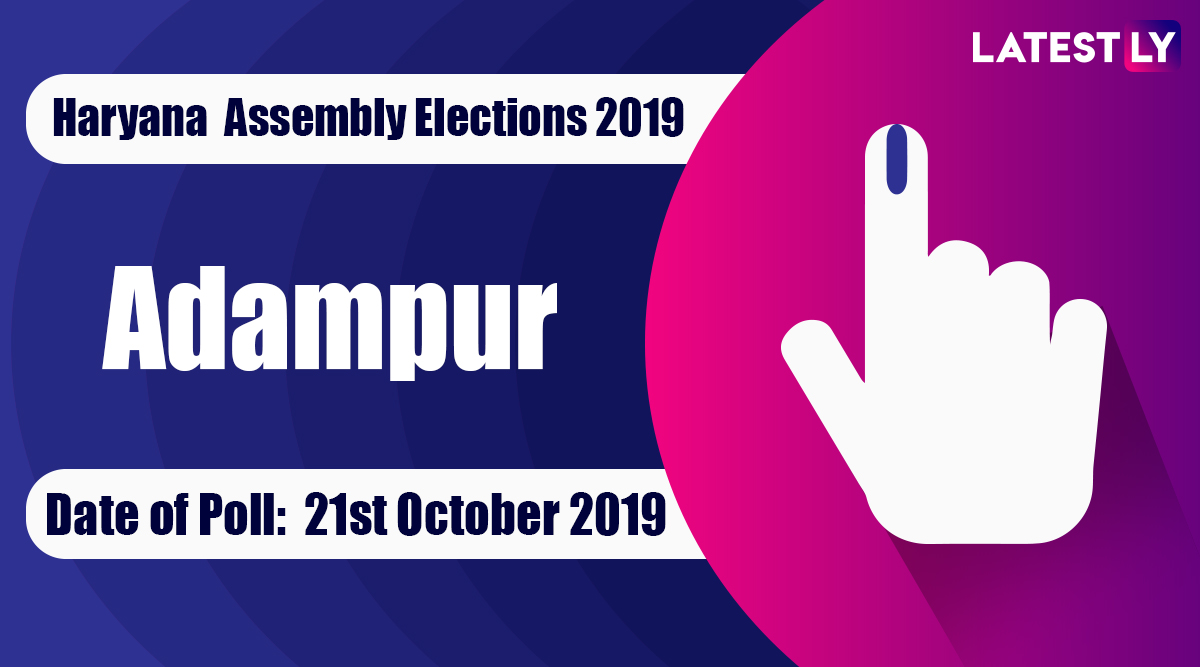 The Adampur Vidhan Sabha constituency falls in the Hisar district of Haryana. Voting in Adampur for the Haryana Assembly Elections 2019 took place on October 21. The Election Commission of India (ECI) on September 21 announced the election schedule for Haryana. Polling for the 90-member Haryana assembly was held along with assembly elections in Maharashtra.

According to the schedule of Haryana polls announced by the Election Commission, nomination papers can be filed till October 4. Nomination papers were scrutinised on October 5. The last date of withdrawal of candidature was October 7.  Assembly Elections 2019 Dates: Maharashtra & Haryana Go to Polls in Single-Phase on October 21, Results on October 24.

The main competition in Haryana was between the ruling BJP and the Congress. Haryana Legislative Assembly comprises of 90 seats out of which 17 seats are reserved for Scheduled Castes (SC) and none for Scheduled Tribes (ST). In the 2014 polls in the state, the BJP had won with a thumping majority and had scripted history in the state. The BJP had won 47 seats, while the Congress managed to win only 15 seats.