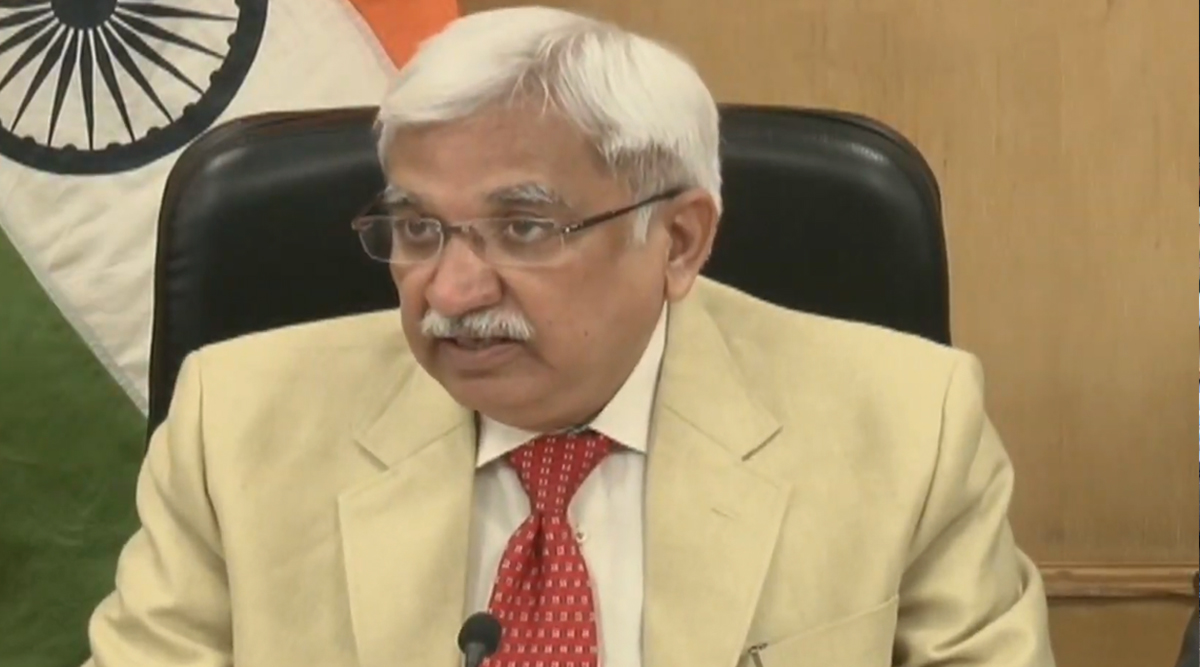 New Delhi, September 21: The Election Commission of India (ECI) on Saturday announced the dates for the upcoming assembly elections in Maharashtra and Haryana. As per the ECI schedule, the two states will go to polls in a single-phase on October 21. The counting of votes is scheduled by the Commission on October 24. Final results will be declared after the counting of votes culminates. With the announcement of poll schedule, the Model Code of Conduct (MCC) comes into immediate effect. Highlights of ECI Press Conference on Assembly Elections 2019 Schedule.

The dates of Jharkhand assembly polls is expected to announced later by the Commission. The state is also slated for polls, as the tenure of the incumbent assembly is scheduled to conclude by the year-end.

Meanwhile, the five-year terms of assemblies of Haryana and Maharashtra are scheduled to culminate on November 2 and November 9, respectively.

The total voter size in Haryana has been measured by the Commission as 1.82 crore, whereas, the strength of registered electorate in Maharashtra is 8.94 crore, Chief Election Commissioner Sunil Arora said.

The use of single-plastic has been completely barred throughout the polling process, the CEC said. The announcement comes days after Prime Minister Narendra Modi told an anti-desertification meeting of the United Nations that India would soon get completely rid of single-use plastics -- categorised as among the biggest polluters of the environment.

The three-state assembly polls is considered to be a litmus test for the Narendra Modi government at the Centre, which has recently completed 100 days in power. Less than four months ago, the BJP-led NDA was re-elected to power with a decisive mandate, winning nearly 350 out of the 543 seats in the Lok Sabha. Maharashtra Assembly Elections 2019: VBA Will Contest on All Seats, Won't Go with Congress, Says Prakash Ambedkar.

In the 2014 elections to Haryana, Maharashtra and Jharkhand assemblies, the BJP scripted a 3-0 victory. While Jharkhand and Haryana were swept first time by the saffron party, Maharashtra was reclaimed by the Shiv Sena-BJP coalition after a hiatus of 15 years. Live Updates: ECI Announcing Details of Assembly Elections 2019 Schedule.

In the run-up to the forthcoming elections, pollsters have given the ruling BJP the edge. The Modi government's move to scrap Article 370, amend anti-terror law of UAPA and ban the practice of triple talaq is likely to consolidate its core voter base, claim pundits, adding that these measures have far outdone the issue of economic slowdown.