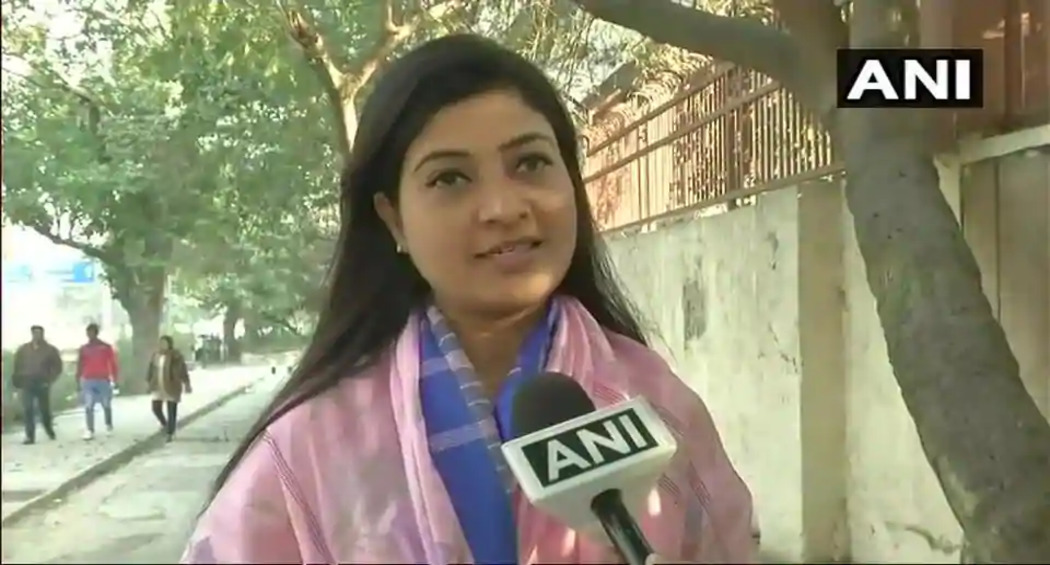 New Delhi, Feb 11: Votes between Hindus and Muslims were 'completely polarised', said Congress party's Alka Lamba, as she trailed at Chandni Chowk assembly seat on Tuesday. "I accept the result, but don't give up. Hindu-Muslim votes were completely polarised. The #Congress Party will now have to prepare for a new fight with new faces and a long struggle for the people of #Delhi. If you fight today, you will also win tomorrow," Lamba tweeted in Hindi.  Delhi Assembly Election Results 2020: With Another '0' and Less Than 5% Vote Share, Is This The End of Congress in NCT?

Lamba, who had won from Chandni Chowk on an AAP ticket in the 2015 polls, was expelled from AAP last year after she joined Congress, citing differences with Delhi Chief Minister Arvind Kejriwal.

As per the EC official trends, AAP is maintaining a strong lead on 58 seats, while the BJP is far behind at 12. Congress has failed to open its account so far. The counting of votes for 70 seats of the Delhi Assembly began at 8 am today amid tight security. Delhi went to polls in a single-phase on February 8. AAP, BJP, Congress are the main political parties in the fray.