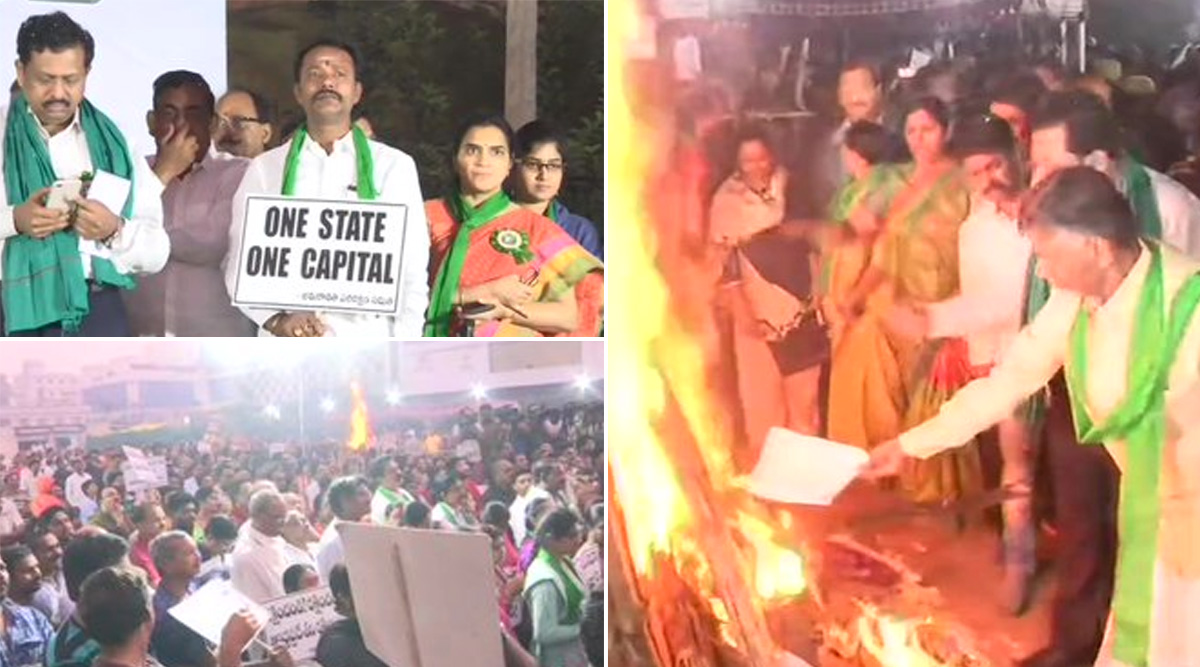 While the TDP is opposing the three-capital idea tooth and nail, the ruling YSR Congress Party is in favour of the idea and decentralisation of power. YSR Congress Party (YSRCP) MLA from Mangalagiri, Alla Ramakrishna Reddy, who along with his supporters on Monday were detained for organising a rally in favour of government's proposal of three capitals in the state, attacked TDP chief N Chandrababu Naidu and said that the farmers are expressing concern that Naidu deceived them by taking away their fertile lands in the name of capital development.

Earlier, police had imposed prohibitory orders under Section 144 in the area, which prohibits an assembly of four or more people. A rally that started from Penumaka village was scheduled to end at Tadepalli. YSRCP cadre and people carried placard and raised slogans in favour of decentralisation of power and three-capital recommendation.