Pawan Dubey, joint secretary of Bilaspur district Congress, was arrested on Thursday based on a complaint filed by women leaders and workers of Gaurela Block Congress at Gaurela police station in the district, Additional Superintendent of Police (Pendra-Gaurela) Pratibha Tiwari said. 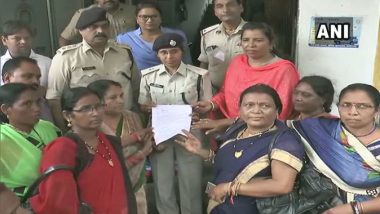 DR Thakur, Assistant Sub-Inspector says, "Pawan Dubey had shared an obscene video in a WhatsApp group&on the basis of evidence case was registered against him under relevant sections of IPC&IT Act. The video was related to Article 370&had a burqa-clad woman in it." #chhattisgarh https://t.co/emvSM8Vcug

They lodged a complaint in this connection on August 7 and the accused was arrested next day, the ASP said. He was booked under section 292 of the IPC and provisions of the Information Technology (IT) Act, he said. Dubey was produced before a local court, which remanded him in judicial custody on Friday, he added.