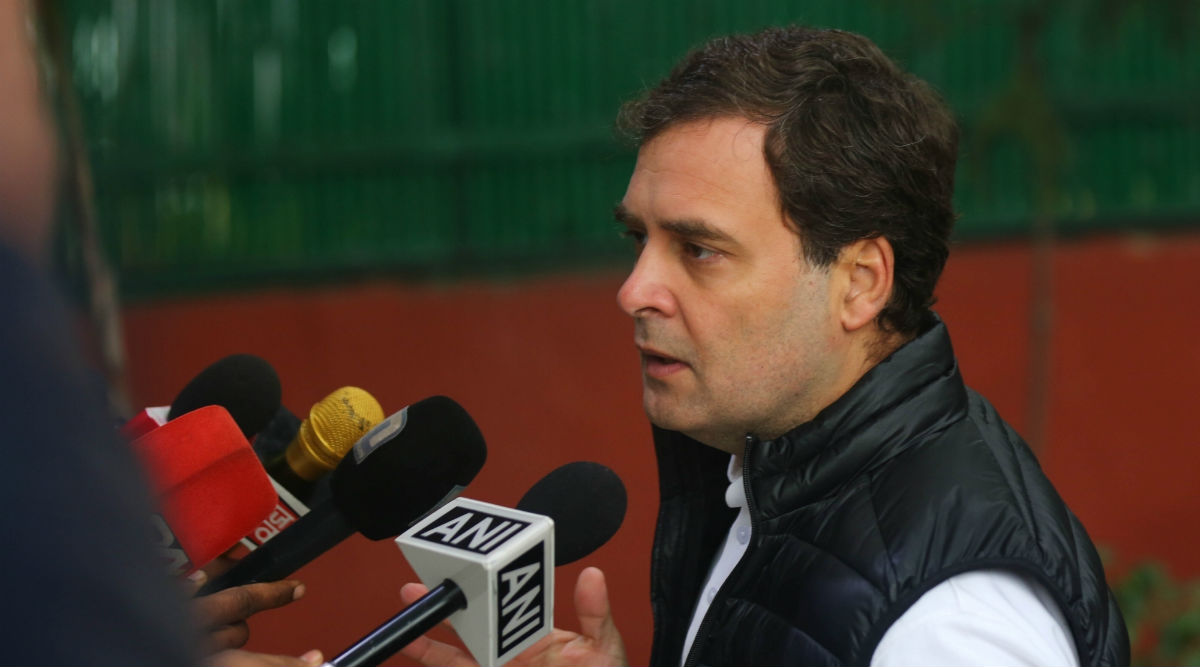 New Delhi, January 17: Congress leader Rahul Gandhi on Friday took a dig at Prime Minister Narendra Modi over suspended Jammu and Kashmir police DSP Davinder Singh. Gandhi questioned the Narendra Modi government for its decision to hand over the case to the National Investigation Agency (NIA) to investigate Singh's involvement in terror activities. Doubting the fairness of investigation, he said that the case was handed over to the NIA "to silence terrorist DSP Davinder Singh". DSP Davinder Singh Stripped of Sher-e-Kashmir Medal by Jammu and Kashmir Government For Alleged Links With Terrorists.

In an apparent jibe at NIA head YC Modi, Gandhi said that the agency is headed by another “Modi” who investigated the Gujarat riots of 2002 and Haren Pandya’s murder. The scion of Gandhi family tweeted, “The best way to silence Terrorist DSP Davinder, is to hand the case to the NIA. The NIA is headed by another Modi - YK, who investigated the Gujarat Riots and Haren Pandya’s assassination. In YK’s care, the case is as good as dead.

On Thursday also, Gandhi questioned the central government's silence on the arrest of Singh for ferrying three terrorists. He also asked for a probe into the alleged links of Singh with the Pulwama terror attack. He demanded that the police officer should be tried by a fast track court within six months. Davinder Singh, J&K DSP Arrested With Militants, Was Named in Letter by Afzal Guru Regarding 2001 Parliament Attack.

Singh was arrested on Saturday along with three terrorists near Mir Bazar checkpoint on the Jammu-Srinagar highway. The initial probe has revealed that Davinder had hidden the trio at his Srinagar-based residence, located next to the Army's XV corps headquarters, since January 10.