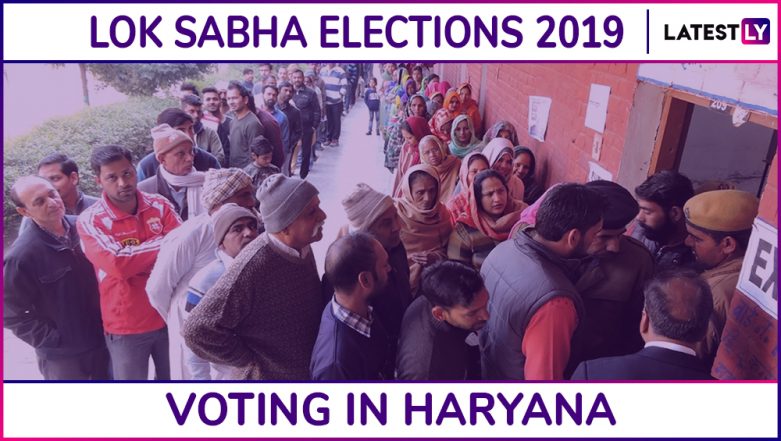 Chandigarh, May 11: The voting for the sixth phase of Lok Sabha elections 2019, concluded in Haryana. The polling in the state took place in a single phase. Ten constituencies - Ambala, Rohtak, Kurukshetra, Sonipat, Gurgaon, Faridabad, Sirsa, Hisar, Karnal and Bhiwani-Mahendragarh went for polls. A total of 62.43 per cent polling was recorded in the state. The counting of votes will take on May 23.Haryana Lok Sabha Elections 2019 Dates: Constituency-Wise Complete Schedule Of Voting And Results For General Elections.

In 2014 Lok Sabha elections, the BJP won seven out of the eight seats it contested, while its ally Haryana Janhit Congress (HJC) won none out of two seats. Congress had to suffer the loss of eight seats and ended up winning just one seat. Om Prakash Chautala's INLD bagged two seats.