The Jagdishpur Vidhan Sabha constituency falls in the Bhojpur district of Bihar. Voting in Jagdishpur for the Bihar Assembly Elections 2020 will take place on October 28. The Election Commission of India (ECI) on September 25 announced the election schedule for Bihar. 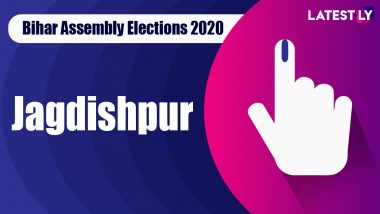 (The above story first appeared on LatestLY on Oct 19, 2020 09:50 PM IST. For more news and updates on politics, world, sports, entertainment and lifestyle, log on to our website latestly.com).