Jharkhand HRD Minister Jagarnath Mahto Enrolls in Class 11, Was Mocked For Being 'Just a Class 10 Pass Out' 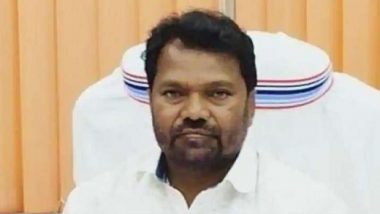 Ranchi, August 10: Under constant criticism for holding the education portfolio despite not holding a degree certificate, Jharkhand Human Resource and Development (HRD) Minister Jagarnath Mahto decided to resume his formal education. Mahto, who admitted that he was offended by the jibes of his critics, said he has enrolled for Class 11.

The Minister, while speaking to reporters, said he would complete his education till at least the higher secondary level and choose political science as one of the subjects. The decision taken by the 53-year-old has surprised his colleagues within the government as well as the state opposition.

"I am enrolling in Class 11 now and will study hard. I was very offended when my capability of assuming the role of the HRD minister was questioned as I am still just a Class 10 pass out," Mahto said.

Despite his lack of education, Mahto is firm that his Ministry is striving towards improving the reach and quality of education in the state. "4,416 model schools will be opened and operated all across Jharkhand. I have signed the order to undertake the work for it today. This will provide better education in the state with more facilities," he told reporters today.

(The above story first appeared on LatestLY on Aug 10, 2020 08:23 PM IST. For more news and updates on politics, world, sports, entertainment and lifestyle, log on to our website latestly.com).