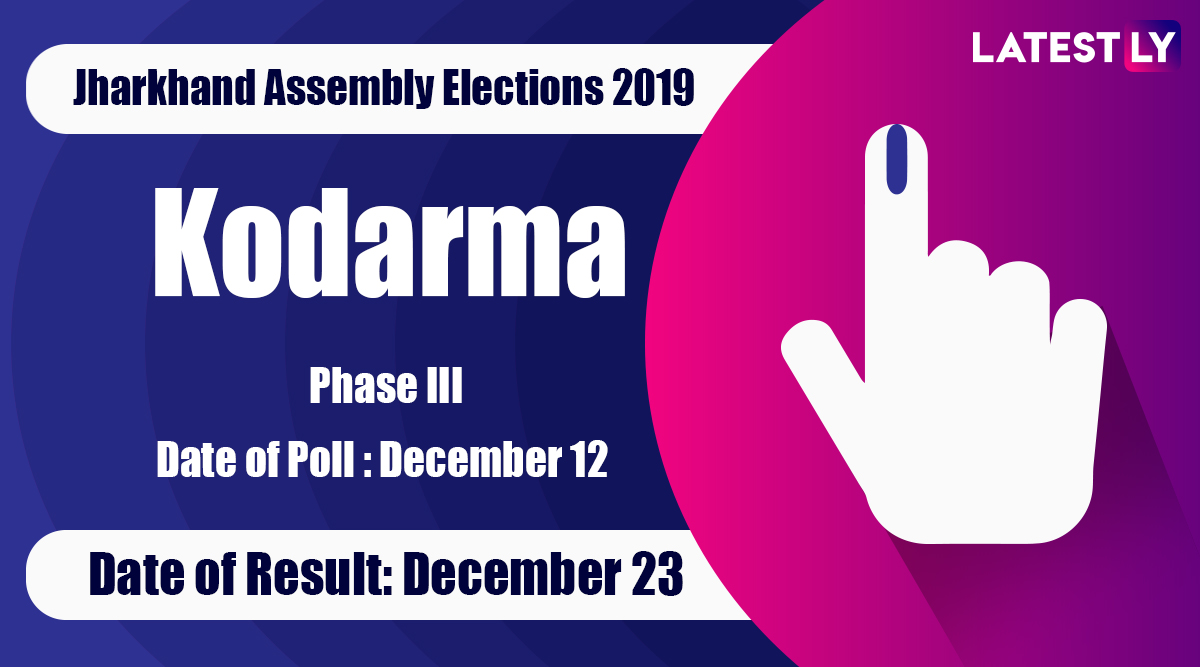 Ranchi, December 11: The assembly constituency of Kodarma goes to poll on December 12 in the third phase of polling in Jharkhand. Kodarma is located in the Godda district in the state of Jharkhand. It falls under the Parliamentary constituency seat of Kodarma district. The major contest on this seat is between the Lok Jan Shakti Party's Rajeev Kumar Pandey and against independent MLAs Rajkumar PD Yadav and Gulam Mustafa. The sitting MLA in the Kodarma constituency is Dr. Neera Yadav of the BJP. Jharkhand Assembly Election 2019 Dates: Know Phase-Wise And Constituency-Wise Schedule For Vidhan Sabha Polls.