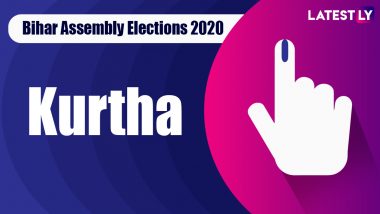 Bihar Legislative Assembly elections 2020 are the first major polls this year amid COVID-19. The number of phases had been brought down due to the spread of the Pandemic in the country. Bihar had also been hit by floods earlier this year.

(The above story first appeared on LatestLY on Nov 11, 2020 11:20 AM IST. For more news and updates on politics, world, sports, entertainment and lifestyle, log on to our website latestly.com).