Rajinikanth Retorts Amit Shah on 'One Nation, One Language' Push, Says 'Hindi or Any Language Shouldn't Be Imposed'

Speaking against Union Home Minister Amit Shah’s pitch for Hindi as a common language, actor-turned-politician Rajinikanth on Wednesday said that no language should be imposed. 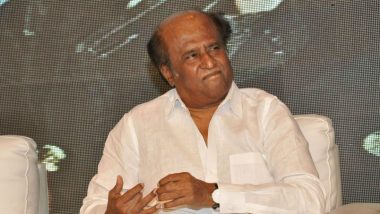 "Hindi shouldn't be imposed. Not just Hindi, no language can be imposed. Southern and even northern states will not accept a common language," Rajinikanth told reporters. "A common language is good for a country's development but unfortunately, we can't have a common language in India," the actor said. "Forcing a language isn't acceptable," he added. On Hindi Diwas, Amit Shah called to have Hindi as the common or national language.

Shah's remarks did not go well with major political parties in Tamil Nadu. The Dravida Munnetra Kazhagam (DMK) and the Paattali Makkal Katchi (PMK) said that the imposition of Hindi on the pretext of 'one nation, one language' would prove disastrous for the country. Makkal Needhi Maiam leader Kamal Haasan warned of an “exponentially bigger battle” than the 2017 pro-Jallikattu protests against “imposition” of the language.

Opposing any attempt to "impose" Hindi, Haasan said that unity in diversity was the promise made to the people when India became a republic. "Now, no Shah, Sultan or Samrat must renege on that promise. We respect all languages, but our mother language will always be Tamil," he said in a video. Haasan, referring to the 2017 pro-Jallikattu protests here, said: "It was just a protest, the battle for our language will be exponentially bigger than that."

(The above story first appeared on LatestLY on Sep 18, 2019 01:13 PM IST. For more news and updates on politics, world, sports, entertainment and lifestyle, log on to our website latestly.com).