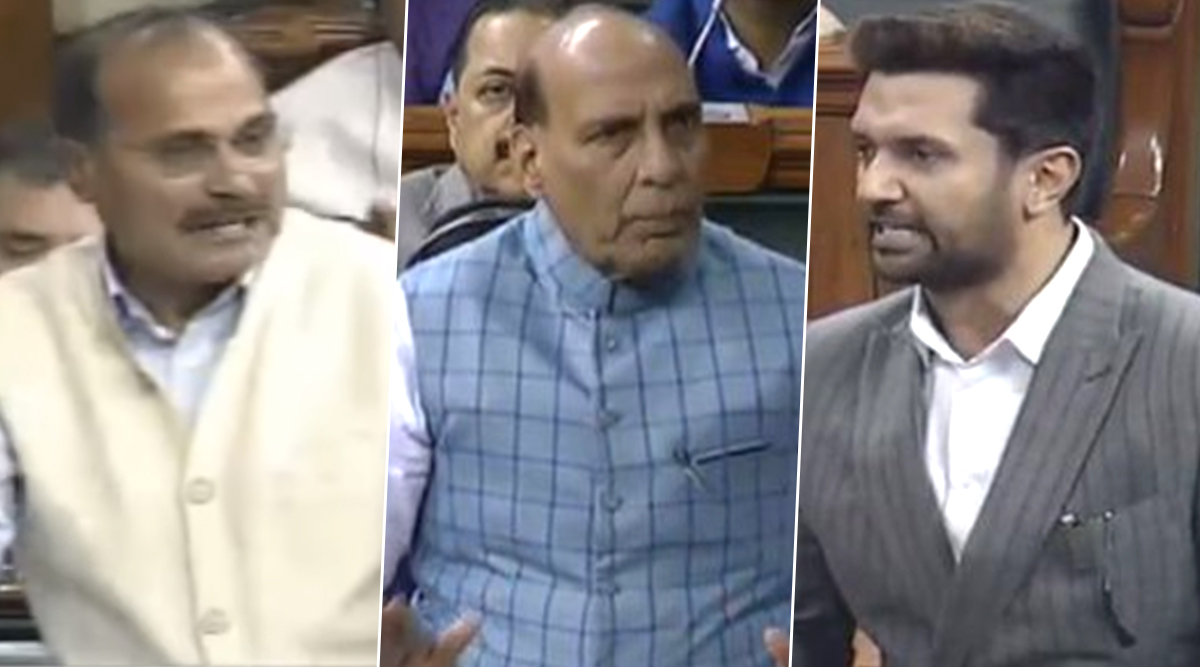 New Delhi, February 10: After the Supreme Court's assertion that there is no fundamental right to claim reservation in promotion and states are not bound to provide reservation in appointments, Opposition parties, including BJP's ally LJP, cornered the Modi government in Parliament on Monday. While the Opposition accused the Centre of not safeguarding rights of SC/STs, the government maintained it had no role in the apex court's ruling. BJP, RSS Can't Stand Idea That Dalits, Tribals And OBCs Have Reservation, Says Rahul Gandhi.

Leader of Congress in Lok Sabha Adhir Ranjan Chowdhury first raised the issue during Question Hour soon after the house assembled for the day leading to Speaker Om Birla assuring the opposition to take up the matter during Zero Hour. Raising the issue as a matter of protest against the apex court's verdict, Chowdhury hit out at the Modi government for inflicting a "big damage" to the key empowerment tool available to Dalits. Supreme Court Upholds Constitutional Validity of SC/ST (Prevention of Atrocities) Amendment Act 2018.

Seeking clarification from the government, the Congress MP said that the Supreme Court's verdict perpetuated Manuvad. As the Congress continued its demand for a discussion, Union Defence Minister Rajnath Singh intervened and said: "The judgment has been given by the Supreme Court. Social Welfare Minister will reply to your queries during Zero Hour." "Congress party is politicising this sensitive matter," he added.

Chirag Paswan of the Lok Janshakti Party, an ally of the Bharatiya Janata Party (BJP), also spoke against the apex court's ruling. "Lok Jan Shakti Party does not agree with the Supreme Court's decision that reservations for jobs, promotions, is not a fundamental right. We urge the Centre to intervene in this matter," he said. In a major judgment, the Supreme Court has said that there is "no fundamental right which inheres in an individual to claim reservation in promotions".