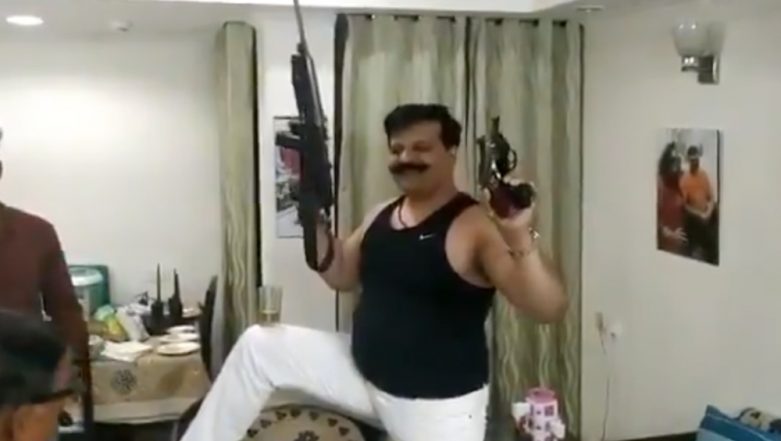 Champion is currently suspended from the party for threatening a journalist, is back in the limelight, is seen dancing while brandishing guns. According to an ANI report, police said, "We will look into the matter and also verify if the guns are licensed or not."

Calling it as conspiracy, Pranav Champion said, "The weapons are licensed weapons and not loaded. I'm not pointing towards anyone or threatening anyone. What's the crime? Is drinking alcohol and keeping licensed gun a crime?"