Nushrrat's recent fashion outing is pretty simple to put in words. It's a rather modish top paired with well-fitted jeans and that's about it. But whoever said simplicity doesn't look charming? 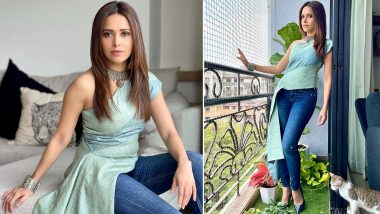 Nushrratt Bharuccha is currently busy promoting her new release Ajeeb Daastaans for Netflix. The actress is a part of this Karan Johar's anthology that also stars Konkona Sen Sharma, Jaideep Ahlawat, Fatima Sana Shaikh among others. And we must say these ladies are doing a commendable job in putting their best fashion foot forward while being a part of their media interactions from home. After Aditi and Fatima who earlier wooed us with their fashion choices, it was Nushrratt who joined the list and attempted some charming. Ajeeb Daastaans Actress Nushrratt Bharuccha: My Role Helped Break Stereotypes.

Nushrrat's recent fashion outing is pretty simple to put in words. It's a rather modish top paired with well-fitted jeans and that's about it. But whoever said simplicity doesn't look charming? The actress certainly elevated her look by picking an Afghani necklace and silver bracelet to go with it. With straight blow-dried hair,  contoured cheeks, light eye makeup and matt pink lips, she kept her look equally simple. It was a rather delightful choice and we are smitten by it. Ajeeb Daastaans: Nushrratt Bharuccha Recalls How Her House-Help Helped in Preparing for Her Role in the Anthology Film. 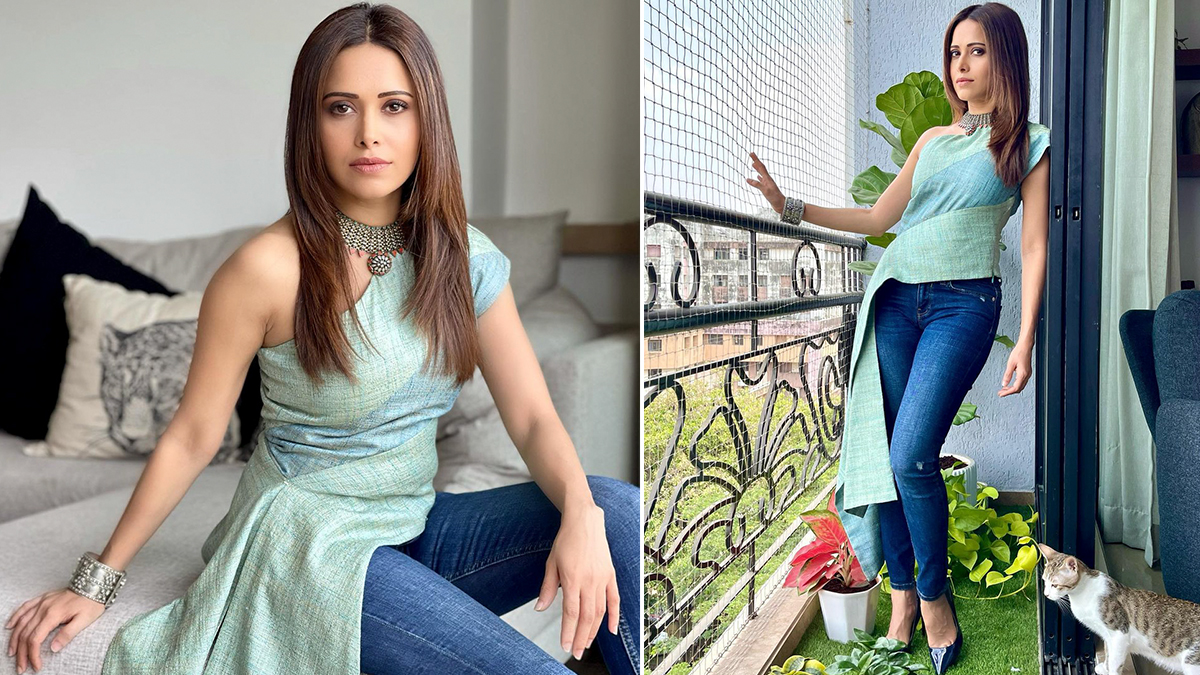 Nushrrat is busy signing movies these days, her recent being with Akshay Kumar. She's a part of Ram Setu that also stars Jacqueline Fernandez in the lead role. While her character details are currently kept under wraps, we are super excited to see her union with Khiladi Kumar. Coming to her new release, Ajeeb Daastaans is receiving rave reviews from critics and is currently the top movie on Netflix in India. Now that's certainly good news, isn't it?

(The above story first appeared on LatestLY on Apr 19, 2021 11:00 AM IST. For more news and updates on politics, world, sports, entertainment and lifestyle, log on to our website latestly.com).