Ajeeb Daastaans: Nushrratt Bharuccha Recalls How Her House-Help Helped in Preparing for Her Role in the Anthology Film 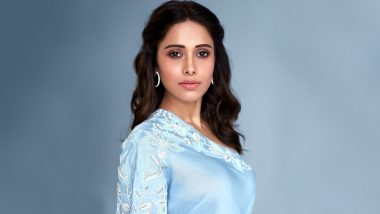 Actress Nushrratt Bharuccha plays a househelp named Meenal in the upcoming anthology film Ajeeb Daastaans. The actress recalls how her own help at home helped her prepare for the role. "I started observing my own househelp to understand her mannerisms and characteristics. She was a great reference point for me and, unknowingly, helped me to get a deeper understanding of my character," the actress tells IANS. Ajeeb Daastaans Actress Nushrratt Bharuccha: My Role Helped Break Stereotypes.

"For three to four hours that she would come, she would make all of us at home happy and 'feel at home' with her fun banter. That is what I wanted my character to portray," she claimed. The segment featuring Nushrratt is titled Khilauna, and it stars Abhishek Banerjee and child star Inayat Verma in pivotal roles. Khilauna is directed by Raj Mehta, who shot to fame making the comedy Good Newwz in 2019. His segment in Ajeeb Daastaans, however, comes with a dark twist. Ajeeb Daastaans: Abhishek Banerjee Opens Up About His Role as a Laundryman.

"Meenal's story is that of an ordinary girl who is struggling to make ends meet, and provide for the best for herself and her sister. I could feel a similarity in Meenal's life and my househelp, who too works hard to provide for her son," Nushrratt says.

(The above story first appeared on LatestLY on Apr 14, 2021 12:10 PM IST. For more news and updates on politics, world, sports, entertainment and lifestyle, log on to our website latestly.com).