Birthday Special: Leonardo da Vinci, the Apex of Human Genius Inspires us Even 566 Years Since his Birth

His genius lies in the fact that he never seems out of date. There just cannot be an expiry date for the industry and achievements of Leonardo da Vinci. 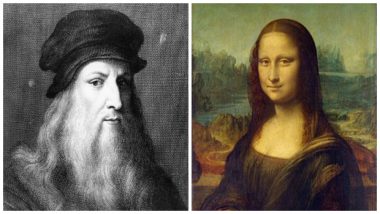 Leonardo da Vinci, who was born on this day in 1452, exactly 566 years ago, was so many things at the same time that it becomes almost impossible to describe him and his personality by focusing on one dimension. This is not just because he was a polymath (a person whose expertise spans a significant number of different subject areas—such a person is known to draw on complex bodies of knowledge to solve specific problems), but also because he was exceptionally good at everything he touched or participated in. His areas of interest were vast and varied. It included invention, painting, sculpting, architecture, science, music, mathematics, engineering, literature, anatomy, geology, astronomy, botany, writing, history, and cartography. He has been variously called the father of palaeontology, ichnology, and architecture, and do not forget- there was no google then. Perhaps, Leonardo da Vinci was the "Google" of his time.

Historians and scholars regard him as the first "universal genius". Art historian Helen Gardener had this to say about him, " "his mind and personality seem to us superhuman, while the man himself mysterious and remote". He was born out of a wedlock in Florence, educated and learnt in the studio of the famous Florentine painter Andrea del Verrocchio, and spent his last years in France. Known largely as a painter without comparison in the history of the world (also a pioneer in many regards), largely due to his famous works like the "Mona Lisa" painting (about whoch there are conspiracy theories galore) and "The Last Supper" which has made an everlasting effect on the world of art, his other works also demand attention such as the "Vitruvian Man"- known as a cultural icon. Many credit da Vinci with conceptualising the modern day arms and fighting weapons, and he is lauded for his work in the field of science, engineering and geology among other fields.

It's been more than 500 years since Leonardo da Vinci was born and yet he is present in the world of art and science as if he never left the world. His genius lies in the fact that he never seems out of date. There just cannot be an expiry date for the industry and achievements of Leonardo da Vinci. To conclude, it would be apt to remember what the famous painter and architect Giorgio Vasari said about him in his book titled "Lives of the Artists", "In the normal course of events many men and women are born with remarkable talents; but occasionally, in a way that transcends nature, a single person is marvellously endowed by Heaven with beauty, grace and talent in such abundance that he leaves other men far behind, all his actions seem inspired and indeed everything he does clearly comes from God rather than from human skill. Everyone acknowledged that this was true of Leonardo da Vinci, an artist of outstanding physical beauty, who displayed infinite grace in everything that he did and who cultivated his genius so brilliantly that all problems he studied he solved with ease." Nobody has said it better. And no life has been as great as that of the master called Leonardo da Vinci. Happy birthday genius.

(The above story first appeared on LatestLY on Apr 15, 2018 12:42 AM IST. For more news and updates on politics, world, sports, entertainment and lifestyle, log on to our website latestly.com).