Gadge Maharaj Punyatithi 2020 Details: It will be the 64th death anniversary (Punya tithi) of Gadge Maharaj this year. Popularly known as Sant Gadge Maharaj or Sant Gadge Baba, he was a social reformer hailing from the state of Maharashtra. 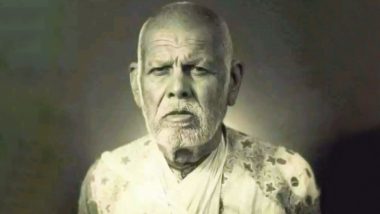 2.. One would often see Gadge Maharaj carrying a broomstick and wearing an upturned pan on his head while travelling. He was so fond of cleanliness that he would start cleaning streets, as soon as he entered a village.

3.. Gadge Maharaj lived as a beggar. The money that he got as charity from people, he would often donate it to build educational institutions, hospitals, animal shelters, etc.

4.. Gadge Maharaj was a learned person. He would conduct kirtans in villages to teach people against blind faiths and orthodox rituals. Sant Gadge Baba used couplets to share his knowledge and wisdom with people, and teach them compassion, empathy, and humanity.

5.. Another thing which Sant Gadge Maharaj taught people was to stop the age-old ritual of sacrificing an animal for religious purposes and campaigned extensively against the use of alcohol as well.

6.. Not many people know that Sant Gadge Maharaj left his family (a wife and 3 children) before he began his journey of enlightening people.

7.. It is a little-known fact that Sant Gadge Baba was influenced by Dr Bhimrao Ramji Ambedkar. He was impressed with BR Ambedkar’s style of work, his personality, and the way he was emerging as a statesman post-independence.

Sant Gadge Maharaj is fondly remembered for his significant contribution in sanitation and cleanliness. To commemorate his work, the Govt. of India created a National Award in his honour. Sant Gadge Maharaj passed away on December 20, in 1956. He breathed his last in his native village in Amravati near the banks of river Pedhi. Gadge Maharaj left behind an unmatchable legacy.

Disclaimer: The following information is collected from different sources on the Internet. The author of this article and LatestLY do not vouch for the authenticity of this article. It is for informative purposes only.

(The above story first appeared on LatestLY on Dec 20, 2020 06:08 AM IST. For more news and updates on politics, world, sports, entertainment and lifestyle, log on to our website latestly.com).