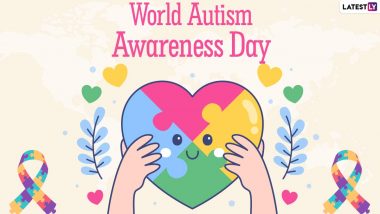 World Autism day is observed on April 2 every year and aims at promoting the welfare of the people affected by Autism Spectrum Disorder which is a developmental disability. Ever since the COVID-19 pandemic, the life of persons having autism has been more difficult. According to the UN, people "with autism have long faced many of these inequalities, which have only been further exacerbated by the pandemic. It’s a problem made worse by long recognized discriminatory hiring practices and workplace environments that present major obstacles for persons with autism; all of which contribute to the unemployment or severe underemployment of a large majority of adults on the autism spectrum." On this day, let us know more about Autism.

Autism or autism spectrum disorder is a developmental disability that affects a person's ability to communicate, express themselves and understand the behaviour and expression of others, indicating that their social skills are impaired. People suffering from this condition have difficulty in interacting with other individuals and society in general. They cannot express themselves normally through words or actions and often develop unusual repetitive behaviours.

It is also known as an autism spectrum disorder does not denote a single condition, but it actually is an umbrella term for various conditions. Autism is defined as a neurobehavioral condition, meaning that it is a behavioural disorder caused by the brain's inability to process emotions and comprehension.

Individuals with autism exhibit a variety of symptoms and behaviours from person to person. Therefore it is not possible to list down all the specific symptoms that an affected person will show. However, there are some commonly observed patterns in people having Autism, such as:

Scientists and researchers have confirmed that autism is a result of the brain's abnormal functioning and ability to process thoughts, expression and behaviour. However, the exact causes of autism have not yet been identified. There are some studies which suggest that this condition can be caused by genetic factor. But this has not been fully confirmed. Currently, the cause of autism is still a subject of study and research.

(The above story first appeared on LatestLY on Mar 31, 2021 04:47 PM IST. For more news and updates on politics, world, sports, entertainment and lifestyle, log on to our website latestly.com).